It's nearly British Guild of Beer Writers do - my first one and I'm quite looking forward to it - though not to a night in my suit again. Since I wore one for thirty odd years (not the same one you understand), an evening in one doesn't much appeal any more. Suits, since I retired, are confined mainly to funerals, when really the attire isn't uppermost. Still, I'll put my best foot forward and see how it goes. I've been wondering about what beer we'll be served to go with our upmarket kebabs and a clue is offered on Stuart Howe's site. He mentions American style beer. Has he let a cat out of the bag? What is American style beer anyway? It suggests to this writer at least, hops, which is fine by me. I'll find out tomorrow. The lovely E will be accompanying me and is looking forward to meeting some of the writers of blogs she reads, so if you are there, be nice to her and me of course.

Of course this means a trip to London and a chance to see the Euston Tap for myself. I'm loo 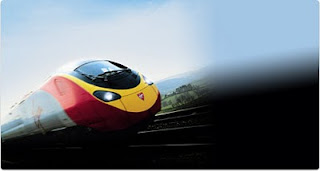 king forward to that and expect good things. I also plan to recheck the Draft House, which didn't impress on my first visit, but which has had good reviews since. A return to the Jolly Butchers would be good too, now that the weather is cold and warm beer less likely, so a lot to pack in, as unusually, due to other commitments, we'll be returning on Saturday to the Grim North. Friday daytime will probably and inevitably involve a hair of the dog!

It makes for a busy day though today, but hopefully worth it. I've a feeling it will be.
Posted by Tandleman at 07:51

Labels: Beer and Food, London
Email ThisBlogThis!Share to TwitterShare to FacebookShare to Pinterest

I tried the Thornstar at The Cask in Pimlico yesterday, quite interesting taste for a dark one, beers are served cold in there , I was wondering whether that was my southern yearning for warm beer or it is cold. Are you going there, won't be able to stay at the Tap too long as they only have one loo.

Re: Euston Tap, I've visted several times in the 3 weeks it has been open including 2 full evening visits with groups of friends. I've been impressed with the beer range & presentation, and none of my friends for whom beer plays a less important role in their lives had any significant criticism. Any queueing for the 1 loo has only been a minor problem (maybe 2-3 people) and it's not a long walk! There are a couple of London Pub Fests which may be of interest to you, @ Old Fountain, nr Old St & White Horse, Parsons Green, Old Ale Fest which starts on Friday. Hope your visit will be an enjoyable one.moleha4.

Why on earth would beer writers wear suits? What's wrong with the traditional anorak, sandals, and colourful suspenders?

So they've tamed you at last TM with a ligging opportunity!

TM may or may not be a ligger, but not on this occasion. The do cost something like £75 each, so £150 for a night out hardly classes as a freebie.