Scotland is still somewhat of a desert for real ale, though it is improving greatly. There are certainly pockets of glory such as Edinburgh, where you can sup as well as anywhere in the UK, but over in the West, this is less so. Where cask isn't king, you may well run into problems in the quality of the beer served, particularly as less busy times. 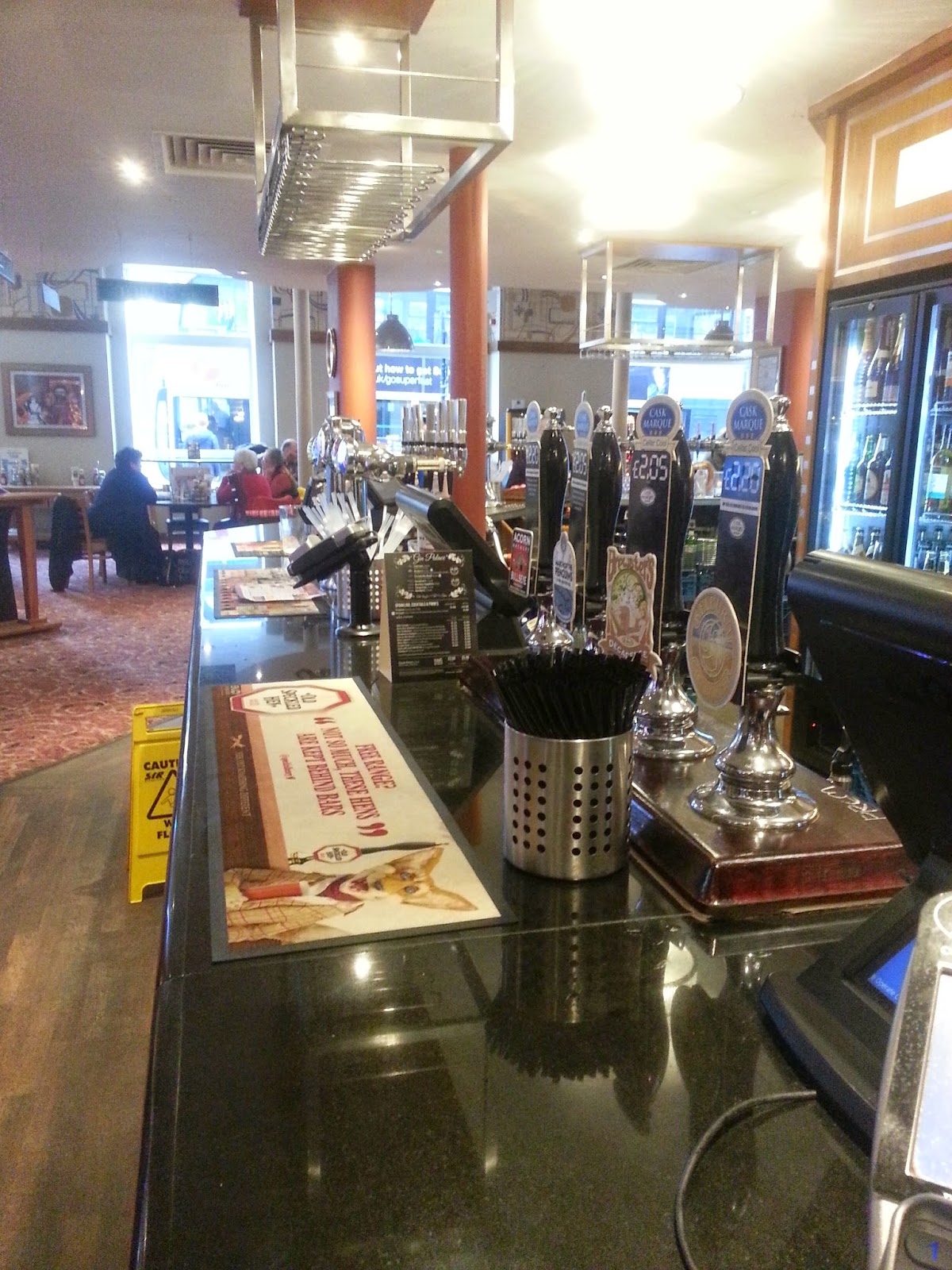 Sadly my visit last week was a succession of lows with very few highs. I won't bore you with too many details except to say it rarely reached the heights that perfect cask conditioning, combined with quick turnover will give. Bad samples were encountered over four days in the Drum and Monkey, the Counting House, Camperdown Place, the Captain James Lang, the Henry Bell, the State Bar, Hengstler's Circus and the Horseshoe Bar.  None of the beer in these places was undrinkable.  In CAMRA National Beer Scoring Scheme parlance, it varied for between and 1 and a 2:

1.  Poor. Beer that is anything from barely drinkable to drinkable with considerable resentment.
2. Average. Competently kept, drinkable pint but doesn't inspire in any way, not worth moving to another pub but you drink the beer without really noticing.

Now it wouldn't be fair not to mention the honourable exceptions.  The Bon Accord in keeping with its venerable tradition of serving real ale* provided beer in excellent condition and a special mention must go to the Dunbartonshire CAMRA Pub of the Year, the Ashton in Helensburgh which, on a quiet Wednesday afternoon, supplied top notch beer from the nearby Loch Lomond Brewery despite me being the only customer drinking it. Top marks too for friendliness, though you could add that praise to quite a few of the Glasgow pubs. The beer might have let me down but the customers certainly didn't. People DO make Glasgow. 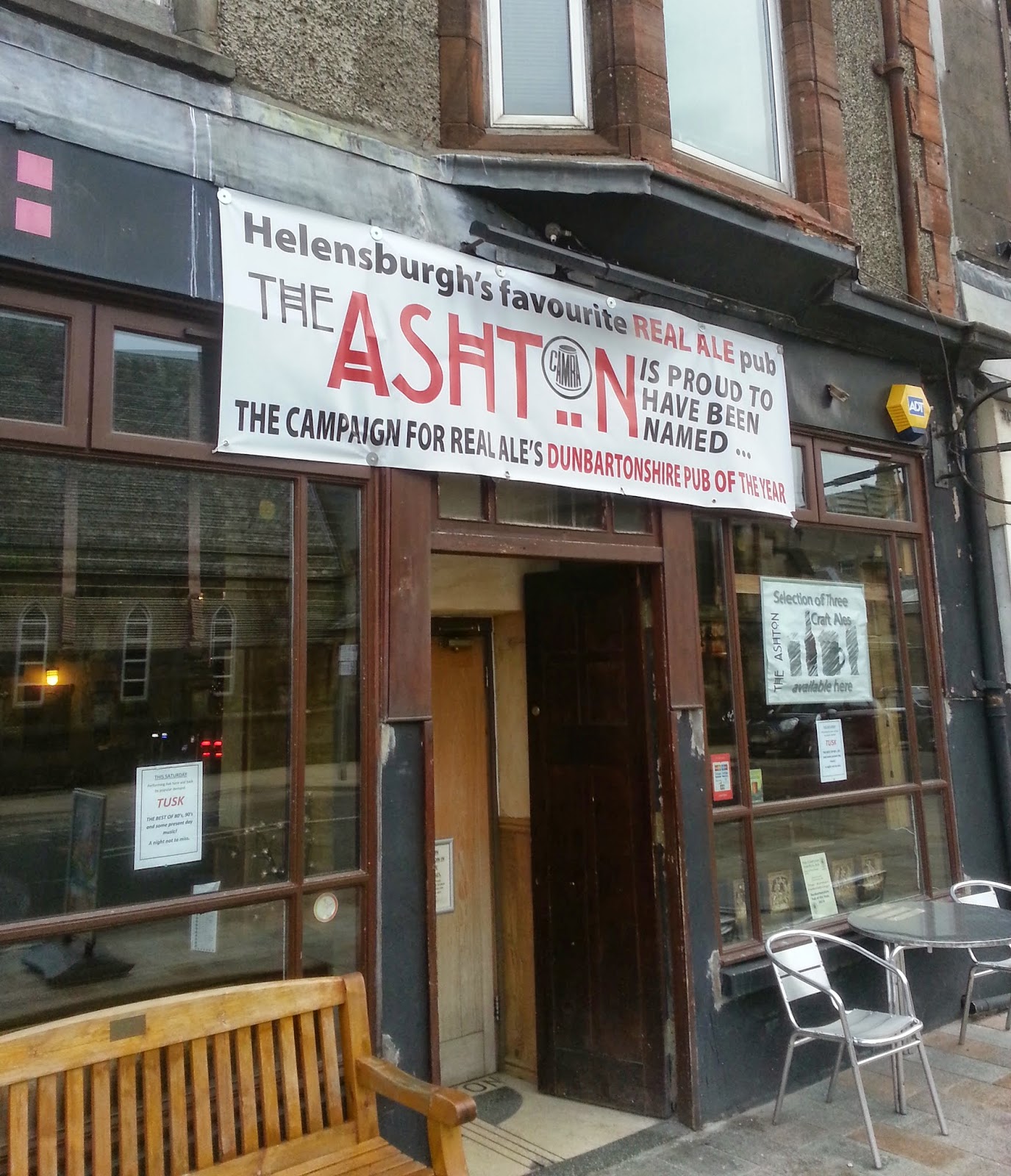 So, what's the cause?  Lack of turnover in the midweek most likely and  Tennents Lager. In every pub, even the two I praised, everyone (more or less) was scooping the old TL down for fun. And it looked fun too.  You'll struggle to keep real ale well where the demand is so slack.  In addition, too many of the pubs had too many beers on and not enough people drinking them. I don't envy the job the Campaign has to do in Scotland. They've made great inroads, but it is a bit of an uphill task you know.  They've been drinking lager there for more years than most.  The history of lager drinking in Scotland goes back a very long way indeed.

It seems to have a bright present too.


* I had my first ever pint of cask beer in here in 1974 and no apologies for banging on about beer quality yet again. I will continue to do so. It is an obsession of mine.

Very surprised that the beer wasn't up to snuff in the State. It is usually spectacular there, which is why we have made it Glasgow Pub of the Year twice in the last three years.

It’s certainly true that Glasgow isn’t a cask city the way Manchester or even Edinburgh are, but you do seem to have extremely bad luck. Of course few pubs are going to have their best beer quality at lunchtime on a Tuesday in February.

I can remember trudging around five or six years ago looking in vain for something both interesting and drinkable, but I thought those days were mostly gone now.

I loved the Bon Accord when I was there, and had plenty of good real ale in Inverness as well.

Trips in 2000 and 2006 found some good/very good beer, admittedly often Deuchars, Houston or Arran back then. This was in a good range of non-Wetherspoon Beer Guide pubs, both centrally and in West End. Deuchars IPA in particular seemed reliable and popular. The Clockwork near Hampden was a standout.

Beer Guide for Glasgow now seems dominated by Spoons, which might suggest some of the appeal of Deuchars has worn off, with drift to lager and premium ciders, which isn't unique to Glasgow.

Martin, that's due to the large number of Spoons pubs in the city centre, with 5 within 10 minutes' walk of each other.