Don't Make It Hard for Customers


Pubs don't have it easy at all these days. Covid-19 has had a devastating effect on most, if not all pubs. Many have not yet opened again yet and some, sadly may never open again. Those that have opened have been successful or not in varying degrees.  Now that things have settled down I reckon it is time to chip in a few observations. 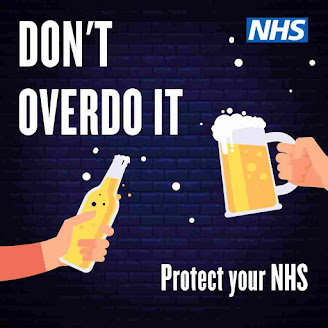 Now I haven't been going mad. Most of my pub visits have been to places I know well and where I know both the people who run them and, in varying degrees, particularly at the times we visit, I also know most of the customers. In that respect, some things don't change, whereby you have different sets of customers visiting the pub at different times of the day. If you are part of that picture, restrictions are a lot easier to deal with. So do I feel safe in the Tandle Hill Tavern, the Ring O' Bells and the Rose of Lancaster? Well, yes, as far as one can be in these awkward times, I do. Names are taken, sanitising and availability of sanitising stations are ample, social distancing applies and either table service or distanced queuing, as well as being safe,  makes life relatively normal. Everyone, with varying degrees of internal acceptance, goes along with it. Whatever they think and indeed say, they want to be there and don't want to muck it up.
Of course, it isn't that way everywhere I readily accept, though I haven't really encountered it. In the Tavern yesterday, it was little different despite local restrictions being applied. Tables are around a metre and half away from each other and despite the Government, who clearly know cock all about pubs, saying you can go with your family, but don't interact with other people, interaction did take place. Of course it did. We all know each other. No shouting was involved and while guidance - not law - may say no interacting, well, we did. It was done just as safely as it had been the week before. Social distancing was as good as it could be in a small pub and sunny weather meant many were outside, so all was well.
What though, when you don't know everyone? On Friday, with my mate Mike, I had my first trip into Manchester since March.  It was hot and outside areas beckoned.  Our first visit to the Abel Heywood was fine. We sat outside, had arrangements explained to us, as well as the one way system and fetched our own pints from the bar. Those inside we served at the table. We paid by card and it was all sensible, distanced and easy.  Not so at Common.  Outside drinking here, and we had to download an app which took ages. It didn't like iPhone at all and when I finally got it onto my Android phone, it suggested that as I was 22 metres away, did I really want to order? It didn't give any options to say yes or no! Our host was called and looked perplexed, then shrugged and served us anyway, the worst and most expensive drinks of the day in a plastic mug. Not a great experience at all and frankly 20 odd minutes wasted. Plus another 20 drinking the warmish IPAs.
Our next stop Mackie Mayor had similar issues. If you wanted to only have a drink, you had to sit outside - fine - and use the app - not so fine. This time it wouldn't download on Android, but it liked Mike's iPhone. Details required were of the intrusive nature. This took 20 minutes or so again and this time, after a ten-minute wait, decent pints of cask, in proper glasses, were brought. Overall though much more bearable. But not that great.
Our last port of call was Cask in Ancoats. Here we were greeted, details taken, the rules explained quickly and professionally and a seat allocated. Waiter service was prompt and payment contactless. It was just as good as you'd expect from manager, Warren, who really knows his stuff.  Beer was in glasses and the cask beer we had from Pictish and Roosters, in excellent nick.  This was more like it and here we stayed.
My conclusions? Apps are great in theory - and good ones are great, but can be both crap, lazy and frustrating when  in operation. Difficult even for the willing such as us - both former IT bods - so not resistant.  As always, pubs are only as good, in whatever situation, as those who run them. Simple is best and given that, drinking local is likely to be a better experience. But it can be done well in cities too as exemplified by the Abel Heywood and Cask.
As a pub, you really need (after safety) to put your customers first, or they will sup elsewhere. Covid or not, customers always have other options. Best not forget that customers still pay the money and they still have a choice.
Now I have little doubt that that all pubs think they are doing their best, but when technology is unreliable, wise not to rely on it.  The resultant waits were pretty well unacceptable.
I think I'll stay local in places I mention above and, say, the Flying Horse in Rochdale, where they really have it all done well.
Posted by Tandleman at 14:10

What I would say is that in places like Common where use of an app is optional, don't use one as it's probably quicker to use waiter service. Although I find their app easy to use and it's good you can tip on it, I wouldn't actually recommend Common as a drinking venue. Pizza yes, beer no.

As for the Mackie Mayor, I think you were the recipient of some duff advice. You can sit inside for just drinks. Although it's the only place I know of where using an app is compulsory. Which I'm very much against.

Well we were told clearly in Common,just the app until we demonstrated it wouldn't work. Mackie Mayor was much more friendly and maybe it was just the policy on the hottest day, but once it worked, it was fine.

The points made are general though illustrated by two experiences

What if you don't have internet phones. Me & my buddy don't have them so we've had it then?

Any more contrived restrictions against a renamed seasonal flu that virtually disappeared by the end of April and you can kiss most pubs goodbye.

I have a basic phone so an app-only pub is out of the question for me. I fancied going to the new Beer Garden in the Bombed Out Church in Liverpool, until I noticed it too is app-only. Oh well!

Are you in financial crisis, looking for money to start your own business or to pay your bills?

GET YOUR BLANK ATM CREDIT CARD AT AFFORDABLE PRICE
*We sell this cards to all our customers and interested buyers worldwide,the card has a daily withdrawal limit of $5000 and up to $50,000 spending limit in stores and unlimited on POS.*