Around the Beer Blogs 2 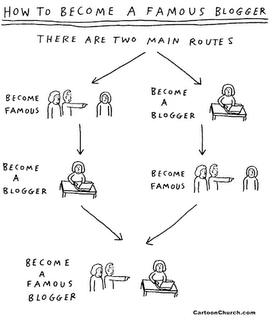 This is the second of my more or less monthly attempt to summarise and comment on what other beer bloggers are up to.

Let's start with a newcomer. Tyson is based in Bury, Lancs and comments mainly on the drinking scene around there and in Manchester. He starts off in good form by giving his local JDW a good kicking and in forthcoming blogs he savages a few places and quite a few beers, while heaping the odd nugget of praise on a select number. He has a neat ploy of giving his friends amusing fictitious names to protect their anonymity. "Joe Stalin" particularly appeals to me and the "Manx Minx" sounds like just my sort of lass. This is a beer blog dedicated to beer drinking and lots of it. He must cover more beers than any other blogger and they are all supped in the pub. If you want to know what's drinking well on the free house scene, this is the blog for you.

Beer from the Motherland is written by Kieran Haslett-Moore, a blogger from New Zealand who keeps one eye on the British ale scene through various imported bottles. He is also a fervent home brewer and, it seems, a good one at that. He brews cask ale and his posts tend to be dominated by his brewing exploits, but are enjoyable and interesting. Away from home brewing, his post on "Regional Rivalry" drew a fair number of forthright comments. It is good to hear from a different part of the world and now, at least, I'll know who to ask about the best places to drink in NZ should the need ever arise - and I hope that it will.

I said in the first of these summaries that Boak and Bailey's site was growing on me. It continues to do so. I liked their beer photography item a lot. They sure have an eye for a beer photo. Other items of merit were an examination of glassware in relation to beer which is a subject dear to my heart and one on waiter service which brings back fond memories for me. I must also mention the article on organic beer which concluded there is nothing special about it at all in terms of superior taste. Agreed!

The Southport Drinker churns out a lot of stuff. He is concerned mainly about the state of Southport's pubs, but ventures far and wide in terms of subject matter, with particular emphasis on government policy on alcohol. His comments on other blogs as well as his own indicate some conspiracy theory tendencies. He was recently taken to task by Stonch on this. To me conflating several issues together in this way is always problematical. It is probably best to deal with each issue individually, though he is not alone in thinking there is a bigger hidden anti drinking agenda. It does seem to me that while the health lobby bangs away about alcohol, the main concern rightly is about teenage drinking and its link to bad behaviour. The Southport Drinker seems to indicate conviction that this Government will just meddle ineffectually and he's probably right.

Over in the Netherlands Ron Pattinson continues to write at length about beer styles from the past. These can be a bit wordy and hard going for the less than committed and Ron is the first to say so himself. There was one cricket ball in the bath though, when he challenged the BJCP (An American based home brewing outfit) on their style definitions. It certainly provoked a fair bit of comment and some self justification from the BJCP. He also mentions his forthcoming Bier Mania trip. I fancy going on one of these sometime, but reading Ron's posts about his last one, I'm not so sure I'm up to it. They seem a bit hectic!

A few others. Beer Buzzing seems to have run out of steam a bit at the moment, while Maieb brought up the subject of the world's most expensive beer and is still desperately seeking Cherwell Valley beers, which somehow seem to elude him. I wish him luck at the Leicester Beer Festival where said beers are meant to be appearing.

Slightly further afield, an old mate of mine, US beer writer Lew Bryson writes an eclectic beer blog from his professional point of view. Lew is kind of or should I say kinda folksy when he writes, but he does write well. His piece on Orval was good, particularly as his Orval epiphany was in the Waterhuis in Ghent. Good choice of venue. I remember drinking them dry of it with a couple of others, including a Yank mutual friend, a few years ago. I agree too it is still a good beer! Incidentally another mutual friend took the main photo on Lew's Blog. It's a small world the beer world in some ways.

Stonch has been in Italy and has disappointed his fans by not keeping in touch as much as they'd like. Give the man a break. He's on holiday! Before he went he stirred up things with two posts criticising the "standard" CAMRA style pub when discussing the CAMRA Pub of the Year winner and one in Market Rasen which Stonch hinted was designed only to attract "Real Ale Twats". It was good knockabout stuff, but somewhat inconclusive. Stonch also mentioned a "third way" for real ale pubs which he has yet to define meaningfully, but is likely to provoke debate when he does.

Lastly the Beer Nut understandably from his Irish base tends to drink his beers at home, or possibly only to talk about the beers he drinks at home. Given that Ireland must be, with few exceptions, one of the worst places for beer choice in Europe, this is forgiveable. Nonetheless he manages to find a large range of different bottles to try, which I'd have thought was a feat in itself. His post on Guinness Red was very enjoyable indeed. All the more so for being at one with my thoughts on the subject!

That's the round up for this month folks! For Frane. I've hyperlinked all as requested!
Posted by Tandleman at 10:26

No seriously, nice to see some roundups, it's introduced us to some other blogs.

All helps the blogosphere go round!

Ta for the mention again. Ireland's cities aren't bad for beer choice just as long as you stay out of the pubs, almost all of which are a hostile environment for the conscientious drinker.

"A cricket ball in the bath"? What are the origins of that one?

Thanks for the mention, even though your blog is obviously part of the Masonic-New World order-alien intelligence secret network of the Knights of the Round Table that aims to put up the price of my pint. BTW Is it true that no one south of Brum has a sense of humour?

Good work. Cuts out the boring bit of actually reading those blogs!

Beer Nut - Don't know about the cricket ball thing.I just like it. Maybe I made it up? I don't know.

Southport Drinker - I was wondering about aliens myself. It's a possibility I'd say. As for the sense of humour thing - in the South it is different. A latent, hidden thing that pops out now and then such as In the Carry On films! It's grim down South.

That's why I conveniently include yours. (-:

Thanks for the reminder, the lack of postings on Beer Buzz is not through lack of material just lack of time. Even this last weekend I meant to get some web time in but ended up needing to do other stuff mostly family related!

Will you support the campaign to get Alistair Darling banned from every pub in Britain?

Simply print off the poster and get your landlord to put it up in your local.