It's Not (Just) the Price


What puts you off getting yourself down the pub?  "The price of drinks"  I hear you cry as one. "Why pay more when I can get jolly well sloshed at home for a mere fraction of the cost?"   That's the standard thinking is it not? Well you'd be wrong.  It seems it isn't four quid plus a pint that is putting many of us off, but according to a recent Mintel report, it's the shitty bogs. 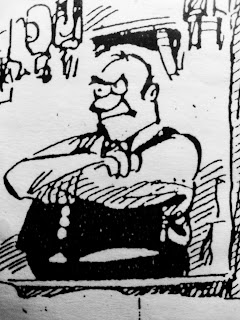 Well not just the shitty bogs, although 53% of people questioned moan about that, but funnily enough, customers actually do care about some of the things I've been banging on about since God was a boy.  People (47%) cite "poor customer service" as one of the main reasons not to go to a pub, along with the unwelcoming atmosphere(44%).  It isn't a neutral thing how you treat people.  They really do notice. We can't forget high prices though.  A not inconsiderable 35% thought high drink prices a deterrent, along with  24% feeling the cost of grub is too high - but the point is that it isn't what they care about most.

Now aren't these astonishing figures?  It seems that nearly half of people interviewed find that poor service and welcomes deter them from going to the pub.   Equally amazingly, 85% of respondents did not cite distance as a factor in going to the pub. In other words, people will travel to a good pub as it fulfils their expectation of what a pub should be like and presumably they enjoy themselves when they get there. Maybe some should ponder that when they look at their empty pubs?

It really is time that pubs sorted this aspect out.  Can there really be an excuse for poor welcomes, bad service and dirty toilets?  None of these things should really cost too much put right.  Failure to so so is a massive own goal. When we hear publicans moan about prices and PubCos (usually in the same breath) and demands for level playing fields, it seems, that the answer in part at least, is in their own gift according to their customers.   I've said it before and will say it again.  Put your own house in order first.  Lead by example and demand that your staff are attentive and responsive. Ensure they say "hello" and "goodbye".  The odd "thank you" wouldn't go amiss either.  Oh and don't forget to clean the toilets. It seems your (potential) customers really do notice these things and when they don't meet expectations, they vote with their feet.

To sum up.  It's the offer Stupid!  Forget that at your peril.  The future belongs to pubs that really do make it worthwhile to go there.

The Morning Advertiser has the details here - without my rant.

You're not wrong, fella.

General grottiness is so last century. I wear trendy trainers and don’t want to wade through puddles of piss in order to have a slash. I’m one of them odd balls like to wash their hands and dry them too.

As for prices, I occasionally pay top dollar, more frequently bottom dollar, but you kind of know whether you feel ripped off or not. Whether they are taking the piss. I like the Spoons as a benchmark. Is it worth the extra? For some the answer is yes, for all too many the answer is no.

"What puts you off getting yourself down the pub? "

Everything else you mention were true before then; off-license booze has always been cheaper than the pub, the toilets have always left a lot to be desired.

Sot on again, TM. The pub business is a people business, and a pub often reflects the manager/landlord. Even my local JDW pub gives good welcome and service (save for the odd lack of bar staff, usual JDW gripe), plus cheap food and drink AND clean toilets. The welcome changed when a new manager came in, staff now have personalities and chat to you. Makes a huge difference. I have also said for a while to anyone who'll listen that a lot of struggling pubs might have boring beer, bland food but the common factor is the people working there. Don't care, won't care, no personality. Another GBG pub locally had a very good beer offering (for a PubCo pub) but the landlord had no personality, spent all evening tweeting and facebooking from behind the bar. He often complained that he didn't get enough trade to survive and why didn't CAMRA members go more often! He moved on and the new people are better (could be even better, but that's splitting hairs), the staff have perked up as a result and it is a better place to visit for all - and the beer - always good - has improved too, both range and quality.

Agree, apart from the stuff about staff saying 'hello' and 'goodbye'...

Unless I'm a hardcore regular, I want to be able to slip in and out of pubs incognito.

Not just because I'm not a friendly Northerner, but because I like to be able to look inside a pub and leave if there's no beer I want/need without staff particularly noticing and without feeling too self-conscious.

It's horrible and embarrassing walking into a near-empty pub, getting a big enthusiastic 'hello!' from the landlord giving me his undivided attention, scanning the pumps and realising that I don't want to drink any of that rubbish and have other pubs to visit. (Which happened only last night.)

Not the bloody smoking ban again. For every old yellow bloke who would come back and light up in delight, three youngsters would leave in disgust and never come back. For a lot of people it would be the final straw and they'd stick to drinking cheaper, nicer booze in their nice clean smoke free houses for good.

Yup, it does make you wonder why in 2013, with pubs dying quicker than a feller going down on Catherine
Zeta- Jones, it's still possible to find bogs in them that have broken windows, no bog roll and a festering old rag as a towel and just cold water with no soap as I did only last week in Blighty.

And brain-dead bar staff with the personality of a savant Turkish goat herder.

You can't blame the smoking ban any more as half the people who used to spark up in boozers are probably dead from lung disease by now anyway.

Agree with Ben Nunn that over-familiarity can be just as undesirable as rudeness. Unless you're a known regular, a certain amount of anonymity can be desirable.

Although things have much improved over the years, there still seems to be an acceptance of a certain level of crapness in various aspects of pubs' offer that you wouldn't put up with in restaurants of any kind.

I don't disagree with Ben per se, but I'd rather have someone say hello than not on balance and I think most people would.

PYO is quite right: a survey of 1142 students published early in 2010 showed that 90% were opposed to repealing the smoking ban.