What's in a Name?


One of the things I quite like about Wetherspoon is that in the main they name their pubs after some local aspect.  In the case of my adoptive town Middleton, the JDW is the Harbord Harbord after the landowner that gave the land to the town where the main street was then built and where the pub now stands.  Mind you it is such an ugly name that nobody calls it that.  As a matter of fact good old HH later became Lord Suffield and that would probably have tripped off the tongue a lot better, though no doubt it would still be called Wetherspoons. 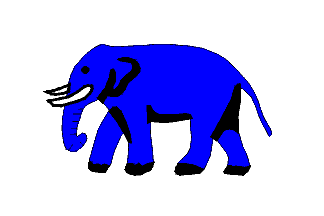 Now in my actual home town of Dumbarton I learn that the long awaited Wetherspoon (long awaited by me as it will bring real ale back to the town) will be called the Captain James Lang.  "Who?" I thought.  Despite living there until I was 25, I'd never heard of him and had kind of thought that the pub would likely be called the Peter Denny after the famous shipbuilder of that name.  For those that don't know it - and I'm assuming all my readers here - Denny's was synonymous with Dumbarton and its decline as a town can clearly (in my view) be traced back to the fateful day in 1963 when William Denny and Bros closed.  This is an event I remember, as my father who died that year, took me to see the final ship (MV Melbrook) being built at Dennys in 1962. I can picture it yet in my mind's eye, much as I can the bright blue and orange plexiglassed Denny Hovercraft, which sat across from the closed Leven Shipyard, in McAllister's Boatyard, long after the yard closed.  As kids we used to clamber all over it until being chased away with a swift kick up the arse.  I wonder what happened to it?  Denny's also built Mersey ferries including the well known Royal Iris. Most famously of all was that it was Denny that completed the Cutty Sark in 1869.  I wonder what happened to that?

So who was Captain James Lang?  Well it seems he was a well known captain in the town in the early 1800s. According to Wikipedia,  "He was born in Dumbarton in 1805, and was educated there. James became a law clerk in the Town Clerk's office, but he later served on the town's steamers. In 1830, he became the captain of one of the Dumbarton Steamboat Company's vessels. He commanded, in succession, the "Dumbarton", the "Leven", the "Prince Albert", the "Lochlomond", and the "Queen". Contemporary accounts show that he was irreproachable in character, a man of good morals". Like me really.

I did think of suggesting to JDW that the pub be called the Peter Denny, but I didn't.  So it serves me right that they didn't pick it.   I suppose Captain James Lang will have to do.

There is also a pub on Dumbarton's High St called the Cutty Sark.  It sold cask beer in awful condition around ten years ago.  Or more.
Posted by Tandleman at 13:15

Labels: All Our Yesterdays, JDW, Sentimental Journeys
Email ThisBlogThis!Share to TwitterShare to FacebookShare to Pinterest

It will be good to have an ale pub in that area, hopefully full of Fyne Ales. They could have called the pub Dunbarton Nil after the local footie team?
If the Scotland gains independence it will be interesting to see what happens to Faslane, not far from there.

Ah well that would be nice. As for Dunbarton Nil. Dunbarton is the county and the Sons are doing rather well at the moment.

Maybe if Scotland becomes independent, then rUK will declare it a British Sovereign Base Area?

has not your man said there will be no nukes in Scotland? The logistics would be a nightmare , and people like my mate from Kilcreggan wouldn't be happy if it closed.

I doubt if he'll have the chance. Hopefully not anyway.

Looks like the scary violent lands of barbarians, to the north, are improving.

Any news on the pricing? In salmonds&sturgeons, not pounds&pence obviously ?

Regardless of what the actual name is, Spoons is frequently referred to just as "Spoons" unless there's more than one in the locality.

There is an exception where they have taken over existing pubs such as the Gateway, but I'd be hard-pressed to remember the name of most of the Spoons I've been in.

Although I've seen plenty of people call them Spoons in print it isn't common in my part of the world where they are just known by the pub name. Except the John Masefield in New Ferry which has been known as the 'Adolf' since day 1. See why at:
http://news.bbc.co.uk/1/hi/england/merseyside/7085177.stm

I would *kill* for a Spoons here, even if it only had Pride on cask. Then I could go see how well the Pride was drinking every day.

In Preston, the local Spoons is known by the name they decided to give it, The Greyfriar. In contrast, Lancaster's pair are known as "Top Spoons" (The Richard Owen) and "Bottom Spoons" (The Green Ayre).

Not all Spoons are referred to as Spoons. Some are called "Wethies". I have not noticed any aspects of the dialects of the north that may determine a preference for Spoons or Wethies, only that when a name sticks it is used by most in the area and use of the alternative marks you as someone not from around here.