You Can't Sit There 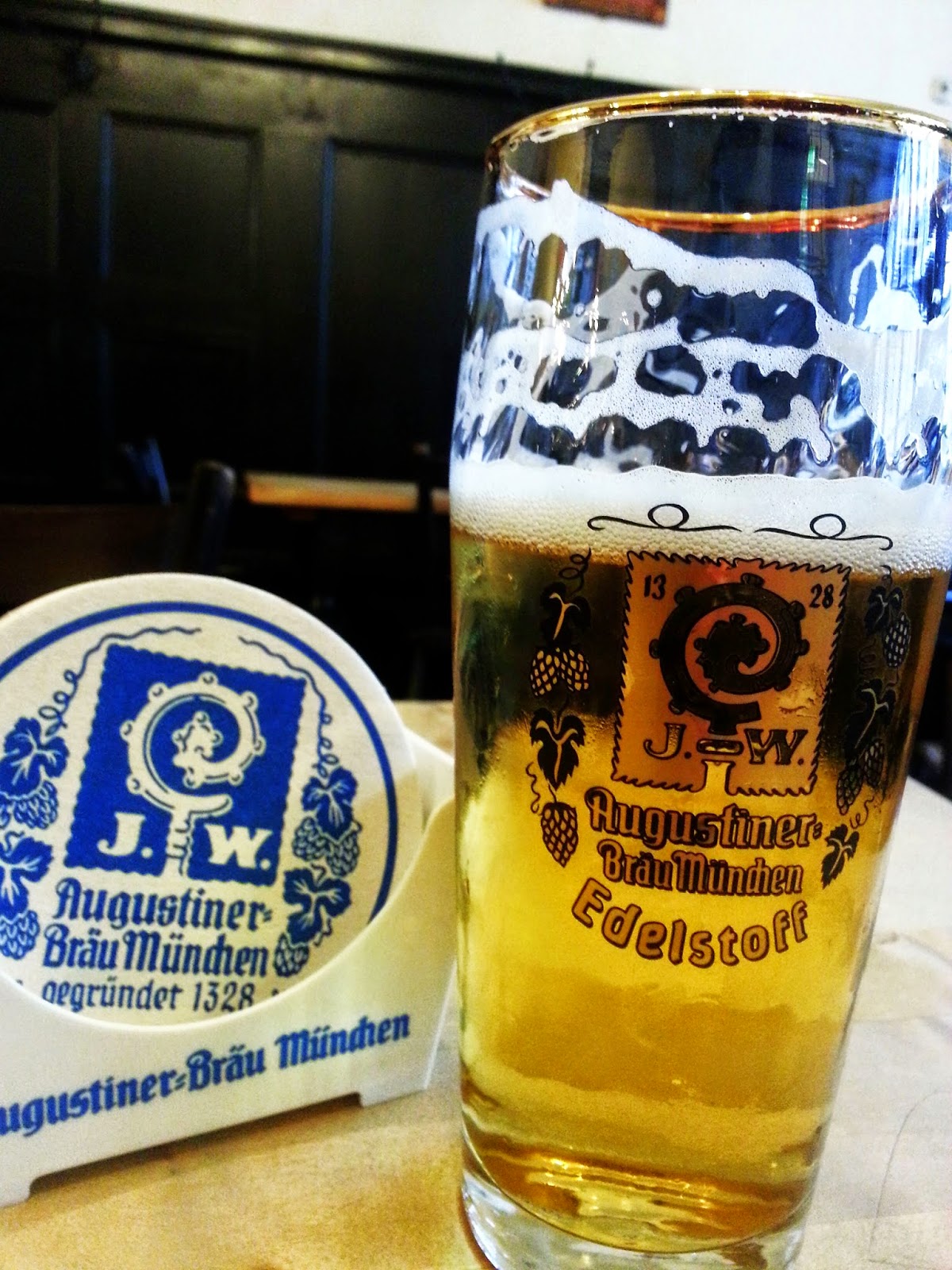 On my recent trip to Munich, I had half an hour to myself, so decided to ensure my time was usefully spent. Thus I nipped into the Augustiner Großgaststätte, a massive pub, restaurant and Beer Hall on Neuhauserstrasse and a favourite of mine. It was rather busy, so I ambled around looking for a likely spot. Finding a decent looking perch at the end of an under occupied table, I plonked myself down. Promptly a waitress appeared and told me auf Deutsch "You can't sit there". Having encountered this kind of situation before, I know better than to argue the toss in such circumstances and while having no precise idea why I couldn't sit there, I shuffled off in the general direction of her vague wave. I found a seat on a table not at all dissimilar, with just one guy sitting there and a pleasant male waiter brought me a half litre of Edlestoff and all was well.

Almost certainly the waitress was going off shift and didn't want any more customers before she settled up her receipts.  Or maybe was just being awkward.  That's a possibility too. Funny old place is Germany.

There are those that see little merit in Edelstoff.  They are quite wrong. It is a super export beer of considerable poise and elegance and far better than the somewhat watery Helles .

I also had the distasteful experience of having to crunch a cockroach underfoot in there.  I thought at first it was a child's toy.  Big bugger but better off dead. I don't think I could have reasoned with it.
Posted by Tandleman at 13:11

5.50 last time I necked a litre in there, rather the the 8+ is the bier garten across the bridge or the Großgaststätte

The gravity-served Edelstoff in the Augustinerkeller is a far superior beer to the kegged version in the Großgaststätte. I preferred the Dunkles and the Weißbier in there myself.

Matt. Indeed it is, but the keg isn't bad at all.

Off to Munich myself in 10 days time. Lots of places to visit mapped out. Full report when I get back.

You've got it the wrong way round: the Hell has *SOME* redeeming character and flavour as an example of so-called "Munich Helles", whereas the Edelstoff is utterly bland and devoid of any redeeming character, except to please the lager-deprived. Neither is as good as they should be to warrant their hype or price.

My last time with the draught (gravity) Edelstoff was with you lot that one June a couple of years ago or so. I could barely choke it down, but the company made it at least possible. Pricey slug bait.

I am in your neck of woods, in the Regal Moon

Other way round Nick. It did please the lager deprived. Nowt wrong with Edelstoff.