Sticking to the Knitting


Being a moaning man I've mentioned that over the festive period I've not been well. I'm still not 100% and one of the casualties in this has been beer. In the last four weeks I haven't really felt like drinking any and on the few occasions times I did, the after effects knocked eight bells out of me.  Not that I got particularly pissed or ill, but it made me even less inclined to have some the next day.  Fortunately that's receding. 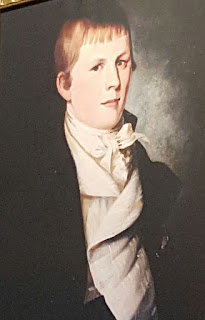 Now I may have mentioned my local brewer is JW Lees. Or have I? Maybe  not. Well it is - or they are -  and it is that brewery that has provided me with liquid sustenance on the times when I felt like a beer and on Sundays when I went to my local to meet my friends even when I didn't fancy it.  Man does not live by Lemsip (or generic equivalent alone.)  Now I like Lees beer. Frankly, living where I do, if you don't like Lees then get out of town and while I have my ups and downs with the output - and who doesn't - over all the years I've lived here, despite my nearness to Manchester, it is still Lees I sup mostly. I'd guess these days around 4 in every 5 pints is one of John Willies. It is rarely a hardship.

Fortunately Lees Bitter is going through a bit of a purple patch. The beer is clean, bitter-sweet and moreish.  I had a couple of pints with Paul Wood, Lees Brewhouse Manager who lives near me last week and when I remarked that everyone was praising the beer at the moment, he replied that "the yeast is behaving itself". That apparently is the real secret. If the yeast is being a good lad, then your beer, if all other processes are followed precisely, will be as you intend. That bitter interspersed with the seasonal Plum Pudding - a brilliant incarnation of a perennial favourite - has sustained me, throughout my feeling unwell.  That and being in the company of people I know in my local and one or two others - all Lees pubs - where I do most of my supping. Much is said about wonderful micros, but when you just need good beer and good cheer, traditional breweries and their pubs have a lot going for them.  Their commitment and passion is every bit as strong as the feistiest new brewer and when you want to swoop a few well made, easy drinking beers, then there is little better.

At this year's Manchester Beer and Cider Festival there will be an Independent Family Brewer's of Britain Bar. I'm not sure how many we have, but certainly around 20. Don't overlook them amongst all the exotics and you know there may even be a surprise or two.

One surprise is cask conditioned Lees Harvest Ale, a cheeky little 11% number which is a bit of a cult beer in the USA. It is nearly always bottled, so a lot of a coup.

We'll also have Cloudwater's last cask production too. That might be a bit of a draw as well.

The photo is of course of JW Lees himself. John Willie to his friends.
Posted by Tandleman at 11:00

When are Lees doing a TAND collab ?

Although I don't come across that much Lees, I have been impressed by recent examples. And they've recently bought one of my local pubs, the Frog & Railway in Heaton Mersey. Pretty awful pub, tbh, but hopefully they'll spend a bit of money and improve it. Getting rid of all the posing tables in the front half would be a good start.

And I had a succession of lurgies that left me feeling distinctly below par for three weeks up to and including Christmas, although it all seems to have passed now :-)

Let's hope you're fighting fit to chair the bunfight at MBCF.

Fingers crossed I've not had a thing wrong with me all winter so far which,when you're into your 60s,is a bit of a relief.
My secret is sleeping with the bedroom window open 365 days a year,a flu jab and a good solid walk every day whatever the weather.
Having said all that my gammy knee plays up when it gets cold and my big toe is tingling which means a touch of gout is on its way.
Musn't grumble.

Twice in my life I have been asked "Are you sure? Have you ever had it before?" when ordering food/drink. The first was in a restaurant in Paris when I asked for andouilette; the second in a pub in Mcr when I asked for a pint of Lees. I guess both are seen as an acquired taste.

Off-topic I know, but why do all your comments appear twice nowadays TM?

"the yeast is behaving itself"

This has always been mine and the other half's assumption about why certain breweries (e.g. Skinner's down our way) seem to have ups and downs over cycles of months, and it was definitely why Adnams's reputation dipped in the 1980s as recorded in the letters pages of What's Brewing at the time.

Love this post. When the shit hits the fan, wherever you live, the traditional family brewers are there for you. In my (our) case in the NW it`s Holt, Hydes, Robbies, Jennings, and Lees. They have been doing it for hundreds of years - God willing, they will continue for hundreds more. If you want consistent good quality beer forget the home-brewers in their rented lock-ups on the local industrial estates. Keep our brewing heritage alive instead !

Really glad about the family brewers bar and especially the appearence of Harveys of Lewes, will certainly be supping some Sussex Best Bitter and Old Ale

@Frank Troy - and don't forget the large tied estate in the North-West of Yorkshire family brewer Samuel Smith, most of which are excellent traditional pubs

I spoke too soon.
The gammy knee is now the size of a water melon and I can't bend it. You've no idea how difficult it is going for a number two.
And the dog is giving me the evil eye because he hasn't had a walk in two days.
Damn,drat and buggeration.

Last time I felt under the weather for nearly a month, it transpired that a visit to the local "clap clinic" was required.
Get well soon !

Update on the gammy knee.
After a day of ice-packs and Deep Heats I'm no longer walking like Kenneth More doing his Douglas Bader impression.This has got gout written all over it.
Still not even a hint of a sniffle even though they're dropping like flies all around me.
Managed a tasty quart before Sunday dinner but the heart is not really in it at the moment.
January really is a dreadful month.

Update on the update.
Mrs Blenkinsop retired early tonight so I found myself in a bit of a quandary an hour ago.I'd tarried too long on the settee watching the tellybox. About four hours solid.I watched a recording of Kelly's Heroes ( best film ever made ) and a very early Dad's Army episode then the news.
But you could have knocked me down with a feather when I tried to get up off the settee and found I couldn't.I was so stiff I was locked solid from the waist down and what with the gammy knee unable to give me any purchase I was contemplating spending the night where I was.
But quick as a flash I dug out the old Nokia from my pocket and rang herself upstairs ( she takes the 'phone to bed every night for the alarm clock on it. )
Now she wasn't too happy at being woken up but she sympathised with my predicament and after a bit of pulling and heaving she managed to get me upright where I staggered around a bit doing the Douglas Bader dead leg walk again until I had loosened up.
My goodness,all the palaver and on just two pints as well.
I do believe I'm beginning to fall apart.

So THAT's what 'IFBB' means on the MBCF beer list.

The only time I can remember ever having been lurgish for weeks on end was 7 years ago, when the swine flu was supposedly going round. It may have been that. Had a cough for weeks.

Better not be any more of it going around this week!

(PS All I need for the Wed session is my beard card?)

Final update.
Four pints and I managed to get up off the settee.
And took the mutt for a walk.
There's life in this old dog yet ...
Lord knows what the last two days was all about but everything is tickety-boo now.
As you were.


Your content helped me a lot to take my doubts, amazing content, thank you very much for sharing.
CSUF Portal