Three Down. No Problems


Well how was it for you? The grand re-opening of pubs I mean. I couldn't go on Saturday as we had a small family function related to E's Mum's passing, but on Sunday I duly reported for a quick one at the Tandle Hill Tavern.

It has always been in my mind that bigger pubs, while not exactly wagging their tails at the reduction in numbers allowed in, would be able to get on with it with some success. What about small pubs though?  My view here is that it may not pay that well to open, especially if staff have to be employed. No such problem at the Tavern though. John, our heroic landlord, has always run it as a one man show and I had little doubt he'd continue to do so. Frankly, it is the only way to make ends meet at such an out of the way, small pub. 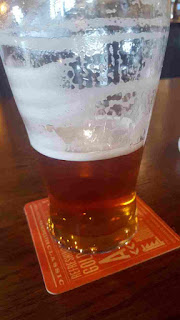 I drove up for a quick look at around 12.30 on Sunday. Three months hadn't erased the suspension juddering ride up the lane from memory, but shaken to bits though I was, it was good to be back, though my usual mode of transport - the slow, one mile, uphill trudge - was saved for another day.  The door was open and a sanitising station set up. Inside were a few regulars. All the tables had reserved signs on and the snug was (unusually) open. A sign indicated that a maximum of 15 people were allowed inside at any one time.  More of course can go outside. No standing at the bar and the door open to provide ventilation. "Our" table, being on the way in, was out of use. So a clear compliance with the advice given. I have no idea who booked the tables - or indeed how - phoned John I suppose - which is what I'll be doing this Sunday. Or rather, before this Sunday. I just stayed for one and had a chat with a couple of people and the landlord.  All seemed fine, but I'll wait and see how it works in practice, when the pub has its full complement of 15 punters.  Compliance though is in everyone's interest. 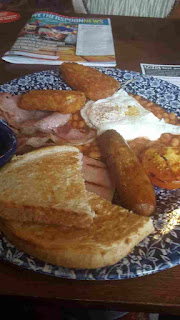 On Monday I went to the Rose of Lancaster, also a JW Lees house, but in this case, a managed one.  This was a slick operation with the same basic arrangements, table service and visored staff. It went smoothly, though a Monday is hardly a test. I've booked a table there for Friday night for a bite to eat with E and her sister, who is visiting from Hong Kong (and will be quarantined on her return next week.) Friday should be a better test of atmosphere, as well as service. Both of these current Good Beer Guide pubs had beer in Good Beer Guide condition.  It was a pleasure to drink cask again.

My third visit, this morning, was to JDW Harbord Harbord in Middleton.  I was greeted at the door, sanitised my hands, was given a slip to fill in for track and trace and shown to a seat. A one way system was in operation and being obeyed. A Duty Manager of my acquaintance confirmed that capacity had been reduced from around 300, to a maximum of 130.  The pub was separated by partitions and all seemed well. I didn't have a drink, but contented myself with breakfast and coffee. Clean cups for refill and order at the bar - proper queuing system - or by the app.  My seat by the open door was at least 3 metres from other customers, so all good.

Quiet times don't tell you everything, but from what I can see, the precautions that are needed are being taken seriously. I might have a better idea though when I go at a busy time and people have had a few.  But I feel confident. If you don't - stay at home - or go when the pubs are likely to be empty.

I think our table would be a bit depleted anyway. We have a couple of people who need to take more care. That's fine and sensible. Nobody should feel obliged.

JDW had beers from Brightside ,as well as the usual suspects. (I only really went, as I fancied a breakfast cooked by some other bugger than me!  Lees had Bitter in the THT and Bitter and MPA in the Rose. That will build up as we go along.
Posted by Tandleman at 14:29

Another quiet evening tonight (Wednesday) in a Marstons pub on the outskirts of Oxford. Nobody outside as pouring with rain ; six in the vault ; me in the lounge ; and a relief manger behind the bar.

Low risk for Covid-19, nice pint of Marstons Amber Bitter for £2.90, a bit boring but safe and hassle-free. That does for me at the moment. Just hope that enough venture out to keep it viable in the medium term.