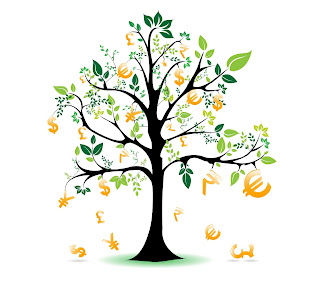 So, the Chancellor, having discovered the Magic Money Tree, gave it another shake yesterday. I'll pass on some of the stuff, but what did he do for pubs? Well, at first glance, quite a lot.  Quite a lot that is for food led or mixed chains; offering VAT reductions and subsidised dining out. The big companies will be pleased, but what of the rest?  The sort of pubs that just sell beer, got nothing - or to be fair - nothing additional over what had been announced. Is this a surprise? Probably not.

Already the pubs that are most likely to close are the small, traditional, beer forward pubs, that not just us old codgers like, but are favoured by locals. The mid-terrace or street corner small boozer. The sort of pub where if you go, everybody probably knows you. I think the word used most often for them is "community pubs". Yes community.  A word that is, to this writer at least, important.  Many of these haven't yet opened up again despite restrictions being lifted. With social distancing, it just isn't worth it for them. Reduced capacity isn't much good to pubs that already are pretty small indeed, despite the reasons for restrictions being both  understandable and understood.

Would it have hurt that much to allow those pubs that  only got the £10,000 grant to have been given a cut in VAT for, say, six months. In the great scheme of things, probably not and it would certainly have saved some community locals which are otherwise doomed to immediate closure or a slow, lingering death.

Now of course, government subsidising pubs is in itself novel, but only to subsidise those that already have the best chance of survival, seems shall we say hard to justify?

Or do you take the view that the shake out in pubs is just a consequence of something beyond everyone's control and just tough?

Image from http://clipart-library.com/ - Non Commercial use.
Posted by Tandleman at 13:03

Sunak is of course a teetotaller, as has been extensively reported.
Interesting to see that Jim Harra, chief executive of HMRC, has publicly questioned the logic of the meal deal scheme announced for August. In my experience all the new processes introduced to help employers during the pandemic have worked very efficiently, and given that JH only took up his position last October, he is someone whose views are worth heeding.
As a restaurant operator the meal deal offer will only apply to around a dozen trading sessions, so the impact is likely to be very modest in £ terms. What the Chancellor might be hoping is that the discount may tempt out people who are otherwise nervous about eating in restaurants, but it seems to me that if you are nervous about eating out, £20 off for a couple is probably not something that will change your thinking.

Is that all pubs are moaning about? Not getting a tax break?
They wanna ask for actual cash. Most are unviable. A tax break ain't saving them. Helicopter cash might.

I'm not an accountant but AIUI the current European rules mean that you can't reduce VAT on alcohol, it has to be charged at a country's main VAT rate.

However I suspect that being able to change things like that was heralded as one of the benefits of Brexit, I doubt it will change.

For one it fits the somewhat puritan mood of many in power - Sunak is one of a number of teetotallers in government, which I assume is why his attempts to be one of the lads so often misfire.

And also there are various reasons why keeping VAT rules synced with Europe makes sense, enough that it's probably not a hill the UK is going to die on. So it's another of those big Brexit promises that comes to nothing in reality.

But of course we now have no influence on how those rules are made, whereas if we were still in we could perhaps have got a reduction for cask ale on heritage grounds, which wouldn't affect other countries in the same way we wave through changes to the rules on orange growing or olive processing.

In terms of messing around with tax I think the best that could be done is some kind of fiddling with duty on draught products, perhaps just cask, or increasing small brewery relief or something.

Actually thinking about it some kind of cutesy move with SBR (like making it greater than the actual tax paid) is probably one of the best ways of reaching micropubs and their supply chains other than direct subsidy via the rates mechanism.

@Malcolm Nicholls
The way I read the government Groupon thing is that it's not all about direct subsidy, it's at least as much about trying to "nudge" trade away from Friday/Saturday to a) reduce the density of crowds at peak times and b) allow more of the people who insist on going out on Friday/Saturday to fit into the 70% (or whatever) of normal capacity.

Good operators would probably be doing something similar anyway, but it doesn't hurt to have HMG advertising it.

The health lobby have already been up in arms about the VAT reduction and subsidised dining applying to "junk food", so just imagine the outrage if it had also included alcoholic drinks.

Sunak is a non-drinker for religious reasons, so perhaps we need to be careful how far we take that line of argument.

I agree with Mudgie on both those points

and I just cant see how the government could have via whatever mechanism they cooked up that "enabled" you to consume more alcohol and postively encouraged you to do so, what easy to remember phrase would they pick for that, stay outto in pubs to get blotto in chugs!! without significant comeback from a number of factions, not just the health lobby, but the media too.

Look how Piers Morgan who drank a pint of Harveys just after 6am on Good Morning Britain in a piece to celebrate pubs reopenning, then reacted angrily when told the governments Super Saturday pub plans enabled anyone else to go drink just after 6am...though he missed the and if you could find a pub open at that time bit.

and Im genuinely surprised there are so many publicans & trade people who run businesses quite well I thought, that cant see that point at all or havent spotted the landscape they are operating in, Ill give them the benefit of the doubt and assume they are buried in spreadsheets and very bleak numbers at the moment and cant see the whole picture right now.

the least said about the newer campaign groups the better.

We are now in the hardest times for many decades and all of it inflicted by the nonsensical approach of locking up the healthy and letting the country go to the dogs.

Let's see how things are by Christmas, when the furloughs are long gone and the redundancies are piling high. Will large functions and other festive activities still be banned? No doubt too, there will be further hysterical lockdowns, both local and national. Next will be further grossly unscientific admonitions for compulsory face covering.

Many pubs, possibly most, will not survive and teetotallers bearing mini-gifts are never going to save the day.