The Colour of Murky

This beer is murky I said to the barman
It's meant to be like that he replied
I ain't drinking that muck I insisted
As the craft beer fad crumbled and died.
— Cooking Lager (@CarpeZytha) November 20, 2017


I've always had my worries about murky beer and even quite hazy beer, though slightly hazy beer doesn't bother me that much.  What has though always concerned me, is that in the case of cask conditioned beer, it, pun intended, muddies the waters. Not so long ago, in the days of certainty, you knew where you stood. If a hand pulled pint had more than a slight haze, back to the bar it went. There was never much by way of argument. We all knew the rules and beer should be clear.  Any haze had your radar twitching and murk would never be tolerated.  Not so much now.

It kind of started for me in 2001 in Portland Oregon at Rock Bottom Brewery where to my horror the cask beer was cloudy and it was meant to be. My good friend Jaime Jurado, now Director of Brewing Operations at ‎Abita Brewing Co. and then Director of Brewing for the company that owned Bridgeport in Portland explained to me that "opalescence" was rapidly being considered a desirable feature in cask beer within the US. In a subsequent private tour of Portland Brewing Co and a tasting, this was confirmed. Deliberate murk has a long history.

Fortunately this tendency lay dormant - more or less for years and when I served beer at the Chicago Real Ale Festival in 2007, I believe what beer that was murky was more by poor handling than deliberate intent.  Arguments about taste abound - see Ed's blog here - and empirical evidence is hard to find - but where there is an absence of "yeast bite" I can live with it - pointless though it is - but my concern about "It's meant to be like that" being used an excuse certainly haven't gone away.  I rather doubt if I'd be given an exchange in many places and frankly, with the norm having been altered and fudged, I could hardly expect it to be.  A quick call to the brewer might well be an anwer, but I'm uncertain if that is the best way round it.

At the recent Rochdale Beer Festival we had about four beers where there was no indication on the cask that the beer should be hazy. So we left them, tasted them when they didn't clear and having found no obvious faults, put it on sale with a warning.

If you can't beat them, join them I suppose, but it doesn't leave me with a comfortable feeling.

Despite Cooking Lager's amusing ditty, I doubt if craft beer will crumble and die due to murkiness.

London brewers still seem to lead the way in deliberate murkiness. London Murk indeed, though I reckon the influx of American brewers into the UK a few years ago and American influences on brewing here in the aUK had a hand in it, both directly and indirectly. 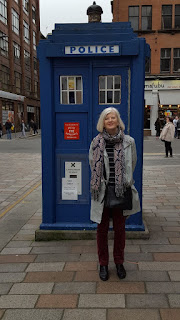 No, not the discovery that I am a secret teetotaller and that all this is made up, but the brewery of that name in Glasgow. On my visits to Dumbarton I have seen their beers here and there, well, mostly there really, in the odd Glasgow hostelry, but a trip to Glasgow and the chance to see it for myself, was too good to miss.

We started with the train to Glasgow and a deliberately walk down Sauchiehall St rather than getting off in the City Centre. Boy could you eat well there, with trendy eateries, curry house, high street chains and much more abounding.  Back in the day I spent a few weeks learning how to assess Supplementary Benefit in that neck of the woods and really, apart from the shop fronts changing, the area is much the same. Food wasn't our intention though, but just to get a feel for it all again and for E to be reminded how smart a city Glasgow is. 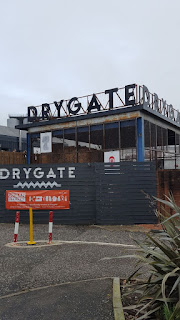 It was a fine walk, but man does not live by Rennie Macintosh and nostalgia alone. I'd told E about Shilling Brewery, so in we went. It would have been around one o'clock when we rocked up and found just one other customer.  Given that there was four or five staff around, I found the welcome as I found it before. Absent.  Staff seemed for happier chatting amongst themselves and taking selfies than ministering to customers. Nonetheless, E liked the place - as do I - and the beer, both in house and bought in, was interesting and tasty as we sipped our selection of halves over the next hour or so. As the pub got a little busier we had a good time just taking it all in. Oddly the first new customers, in an empty bar chose to sit beside us. I had to move my chair back repeatedly as one leaned back on his, nudging mine.  Beats me why people do this. 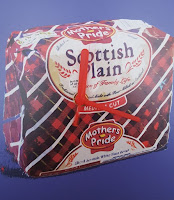 After a desultory look around the shops we went out through George Square and headed for the eastern part of the city.  E was consulting her phone map and was offered directions more than once. People make Glasgow indeed, but as it is a straight line, not really needed. Drygate is an offshoot of the giant Tennent Caledonian Brewery at Wellpark.  Now Irish owned, the brewery dates back to 1556 and its lager is the go to drink in Scotland in a way you just wouldn't believe. It makes the devotion of the koala to eucalyptus leaves seem like a passing fad.

Drygate is on two floors just off the main road. Inside it is a large modern brewery tap, very reminiscent of an American Brewpub with a long bar, bench seating and large shared tables with the brewery visible behind a perspex wall. Service is attentive and helpful and the crowd, mainly young was leavened by quite a few who weren't. Beers brewed in house were supplemented by guests and the atmosphere was chatty and vibrant.  What was not to like? Only the pervading smell of cooking oil which drove us upstairs to another huge room and bar, this time much brighter, more airy and much less like your local chip shop.  Beer was pretty good including Drygate's cask and keg offerings, though a black mark goes to the assurance that Thornbridge Kolsch is meant to be cloudy. Presumably then it was meant to be stale too? The food looked great and again the atmosphere was relaxed and convivial.  This place works really well and is a great addition to the local scene. Top marks to TCB for doing it.

On the way back we enjoyed a tour of the Merchant City and even had a pint in BrewDog.  Is it just me or are all their pubs just a bit grey, gloomy and utilitarian?

The photos show my impulse purchase from a posh market stall and the ever lovely E beside a well known landmark. Drygate Brewery entrance finishes the set.

We did eat. Lovely Tapas in Cafe Andaluz by Queen St Station. Crap bread though.
Posted by Tandleman at 15:48 6 comments

It Had to Happen 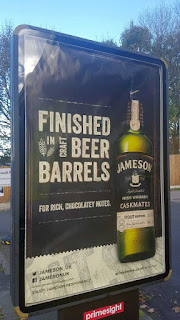 While walking out the other day, I noticed this advert for Jameson Irish Whiskey, which caused me to pause and take the photograph.

Since when did craft beer become such a thing that you'd want to flavour your whiskey with it? Is there now an hitherto untapped source of revenue from all those casks being stored in various microbreweries once they have been emptied and sold at top dollar? Has it all turned full circle as barrels that started out in distilleries find their way back there by a somewhat circuitous route?  Is there a single "craft beer" flavour that is sought?  In this case it is a stout cask that will provide the additional flavour, but are there others? What would and wouldn't work? Certainly not a metal keg. How did they get enough wood conditioned stout barrels? And lastly, who is this whiskey aimed at?  Is it just a gimmick?


Seems surprising and a bit odd to me. Anyone else?

A quick Google indicates the stout barrels came from Franciscan Well Brewery. It will cost you £27 at Tesco. Twice "ordinary" Jameson.

Apparently it adds "notes of cocoa, coffee and butterscotch to this classic Irish whiskey."
Posted by Tandleman at 11:38 10 comments