Happy Birthday to Us

The Campaign for Real Ale (CAMRA)  is 50 today, and for many, this will be a reason to look back and certainly reflect on what CAMRA has or hasn't done. Either way, making it to 50 years, in an organisation, as much as in life, is an achievement to be celebrated and hopefully in this case admired. We have had our ups and downs, high points and low as a group, but we still have a dog in the fight, and we are (mostly) still out there campaigning for real ale. 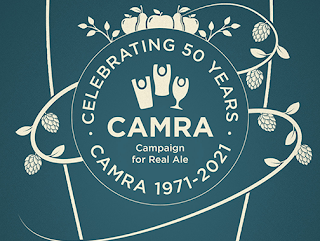 I'm a relative newcomer, my tenure in the Campaign being a mere 40 years, but happily my anniversary as a member coincides, more or less, with the fiftieth year of our venerable organisation.  Like many, I'm looking forward to Laura Hadland's book outlining CAMRA’s rich history and to reading the tales of those who have made this epic campaigning journey, both with and before me. Of course, while the organisation is to be congratulated, it is also an excuse for members to raise a glass to themselves, whether they are grey in beard and sandal or - like some of us - still youthful and inspired. Young or old, we are all the Campaign for Real Ale, and we can justifiably bask in our own reflected glory, even if just for a day.

This brief note to mark the occasion won't outline the rights and wrongs, the successes and disappointments, or even the changing face of CAMRA - hopefully Laura will do that. Nor will I try to explain how it was in the early days so long ago, except to say it has been, for the most part, a great pleasure to have been a part of it, from my first meeting, back in my Liverpool days, and for the last 40 years. Hopefully too, while unlikely to have another forty, there might just be a few more years left to do my bit. I certainly look forward to resuming my personal crusade in keeping many more cask pints from going sour.

So raise a glass - even if an ironic one - to those campaigners, past and present, who have helped shape today's beer scene one way or another. I'll leave this blogpost with a brief recommendation to have a look here at what publican and blogger Jeff Bell has to say about the Campaign. He has the right of it on balance and is a fitting and optimistic note on which to finish.

Like many CAMRA members I was persuaded to join by an existing member while on a work course in Blackpool in 1980. One day I'll run across him and thank him properly.

Back to business tonight. We'll be meeting as a Branch Committee on Zoom and planning for the full resumption of local CAMRA activities.  The show goes on.

Labels: CAMRA
Email ThisBlogThis!Share to TwitterShare to FacebookShare to Pinterest

It seems that the bonkers and inappropriate condition that pubs could only open during a particular phase of lockdown restrictions if they served a substantial meal has been abolished under the new opening up "sometime in the future" policy announced by the Government last week.  If we are to believe reports, it comes from a legal challenge by the Manchester Night Czar, Sacha Lord, whose legal advice was that the rule was open to challenge in law. Presumably the Government's own legal advice confirmed they would be likely to lose such a challenge, hence the change of heart. Good job then that the Scottish Government weren't the subject of his legal foray, but I digress.

I have always held the view that this Government has little real experience of pubs as most of us know them and the manifest unfairness of their policy, which I have covered here,  was evident to all but the most myopic - and no - don't start me on people losing their inhibitions after a sniff of the barmaid's apron, or I'll call you out for the charlatan you obviously are. 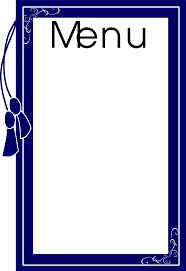 Anyway, now my blood pressure has settled down again, I'll mention one thing that pubs can and should learn from the whole Scotch Egg debacle. And it is this. Instead of the Government forcing unwanted meals down our necks, in previous times it was pubs themselves. Feel peckish after a couple of  pints of the amber nectar and consult the menu? Like as not it was a number of main meals only. Nothing as we say in the North, "to put you on". Now I know the pedants among you will point out that the Strap and Manacle in Higher Poshley has a snacks menu to die for, but I am speaking generally. What happened to filled rolls, pies and the like and yes, even scotch eggs? This list is by no means exhaustive. The pizza slice is also a good idea and there are many more contemporary dishes that lend themselves easily to this category, be it samosas, hummus and bread or whatever.

While the daft substantial meal rule was in play, so many pubs that previously hadn't offered snacks found many ingenious ways to get round the restriction. Let's hope that they don't drop these innovative ideas. There is nothing better that a quick snack to allow you to continue a pub visit when hungry, but a full meal rarely cuts it for most of us, never mind the dedicated toper, out for a few pints or those just wise enough to want a little something and a bit more than a bag of Walkers while gently imbibing.

Now I am not saying abolish full meals in pubs, I am saying that in addition, or as an option, there should be snacks available just to keep you going without filling you up. I like a pub meal as much as the next person, but when I choose to have a pub meal, it is almost always in advance and I know that drinking a few pints will be out. Being full up and quaffing pints rarely go hand in hand.

Pubs need to come back from this catastrophic pandemic better and more savvy than ever. Snacks - substantial or otherwise should be a significant part of their revised offer. Let's see the same imagination applied to their offering when they aren't, under duress, trying to hoodwink the authorities.

I kind of exclude the Black Country and the West Midlands to a lesser extent from this undoubted criticism. Almost alone as a region, you can usually get something snacky, almost any time the pubs are open. I think too of Bavaria where snacks, even in pretty big meal oriented pubs, are always available.

On a related note, this piece in the good old Morning Advertiser is also worth reading. I might have a rant about that soon too.