Yesterday after visiting my poorly mother in hospital on the outskirts of Glasgow, I was at a bit of a loose end. I could have gone back to Dumbarton or go into the City Centre. I chose the latter and hopped on a handy train to Glasgow Central.

Where to go? Now I always used to go to Nicholson's Drum and Monkey as a handy stop between Central and Queen St stations, but gave it up as a bad job after having too much sub-standard beer. "Let's give it a go again I thought" and nipped in. Now it has to be said that it is a fine looking traditional pub with a horseshoe bar, a lot of dark wood and a general feel of being spick and span.  It's history as a bank while not obvious, can readily be discerned. It was though at around 4pm, ominously empty.  I ordered a pint of Inveralmond Thai IPA, a beer that I've had and enjoyed before.  It felt warm in my hand and was slightly cloudy. It was clearly end of the barrel stuff and I took it back. Exchange was slightly reluctant, but done with speed. I was offered instead, Palmer's Trawlerman, which while warm and unsparkled was a decent enough beer underneath.  So not a great return and I can see no reason to go back other than in a minor victory of sorts, as I left, the faulty Thai IPA had been withdrawn from sale and the line was being cleaned.  Now I know I'm being a tad unfair, but the measure of a pub's beer quality must be that even at quiet times, it is good. 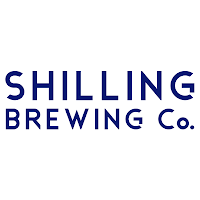 Another haunt - and I am not sure why - is the nearby Shilling Brewery. Again it was quiet when I entered and again - speaking from past experience - the staff seem curiously reluctant to engage customers in conversation. It almost seems to be part of the staff rules. I ordered a half of a rather coconutless Teleporter Coconut Porter which was so way over gassed as to make it tasteless. Now in stouts and porters I'd say put in on nitro rather than CO2 as at least you'll enjoy the texture a lot more.  A bit better though was the oddly named Machine Gun Lager which boasted German and New Zealand hops though when I asked what hops were employed, it took a bit before agreement could be reached. Still, the beer was decent with fragrant and floral hops, so lose one, win one.

I had to get home, but there was just time for a couple in the massive Counting House, a JDW on George Square and handy for my train.  My beer of choice here has been Williams Brothers hybrid lager/IPA, Caesar Augustus which I find is a delightfully refreshing beer. Alas after one pint, it ran out, as did my second choice, Joker IPA.  I have to say the barperson that served me was a delight in helping me choose from the many keg beers available. In a busy pub, she took her time to get it right. Well done for an excellent bit of customer service. My final pint was a Rye IPA, Ax Man, from Drygate, which was complex and unusual. A bit of a sipper, but none the worse for that.

So there you have it. Two quiet pubs and two moderate experiences and one rammed one which had not only atmosphere, great beer, but great service. Still all a bit of a lottery in the pub game.

I must say that I did have a good time not so long ago at Shilling Brewery, which I wrote about here. The beer is generally very good.

Hasn't Palmer's beer come rather a long way?
Posted by Tandleman at 12:36 11 comments 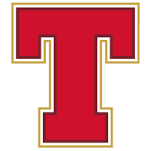 I'll do @Mancbeerfest tomorrow. This train is a bit shoogly.
Posted by Tandleman at 15:00 10 comments