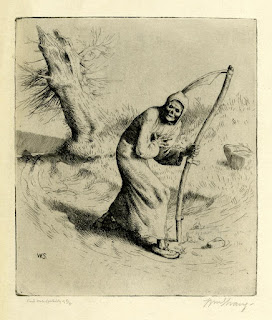 It is obvious these are difficult times for many small brewers and for many of those that try and sell the stuff. The press is full of tales of those who are giving up the trade and handing the keys back, overcome by high fuel prices, high rents and lack of customers.

This week, following the Jubilee celebrations, I was returning a container to a well-known and established local brewery, and stopped for a chat with the owner. "How's things?" I asked.  His face grimaced. "Bad, Peter, bad!" he replied.  He went on to describe the current situation.  Pubs which used to take two or three eighteens a week were now taking only one or two nines. Fuel to power the brewery has gone through the roof, the cost of diesel fuel to deliver the beer is frightening and loads are less than he'd like, making the overall trip less than economic. The cost of ingredients is also increasing to add to a difficult picture.

Undercutting by other small brewers is also playing a part. When he rings regular customers, the phones are often not answered. Nobody likes saying no - so just don't answer the phone is the easy way out - especially if they are buying cheaper and poorer elsewhere. To add to the woes, those who owe him money - long-standing customers in many cases - who he doesn't want to press too hard - are very slow to pay for the beer. He is owed more money than he is comfortable with. All in all, things are not so good.

On the other side of the coin, I spoke a couple of weeks ago to the owner and operator of  a small chain of pubs in our area. He tells me that the number of customers has never really recovered from the lockdown. Many customers, he thinks, have simply got used to drinking at home and with cost of living rises bearing down, the discretionary few pints in the pub are simply pushed to the bottom of spending priorities.  Where customers do come, they come less often and drink fewer pints. An equally depressing picture.

In my own experience, pubs are less busy than they used to be, though of course this varies. My recent trips to London, for example, have seen pubs rather busy and while prices are higher than the most of the rest of the UK, with a bigger return to work, a tradition of after work drinking and predominant use of public transport, as well as bigger salaries are probably having an offset of sorts that you don't find elsewhere.  I know, for example, that my teatime visits to pubs in my area, seem a lot quieter than they used to.

Looking at the Morning Advertiser and other trade press, the horror stories are there for all to see. The cost of running pubs is ever-increasing and while the gouging of operators by pub companies is less conspicuously reported than it used to be, I do wonder how anyone makes money running a Heineken pub, for example. But they are not alone. Sadly, too, it isn't just those that are new to the trade that are suffering, with previously successful lessees giving up the ghost.

So what is to be done? Frankly, I don't know, but one thing is for sure. Use it or lose it just doesn't apply to pubs, but many of our beloved small brewers. Some have already turned their toes up, and more will surely follow. Get down the pub while you still can.

I also maintain that there are far too many breweries chasing too few accounts in a falling market. Sadly, though, it isn't always the worst breweries that take the knock.

Oh, and prices. They have to go up due to increases elsewhere, but while that is almost certainly so, it will also put another nail in the coffin. A bit of a perfect storm, or more appropriately, a vicious circle.