One of the ways that pubs can increase cask ale sales is to offer tasters. In the better pubs this is done as a matter of course and can be a way not to waste money on something that you may not like if you just take a punt. It is good for the pub and good for the customer. Few downsides then? Well yes and no. I have found that many tasters, small as they tend to be, don't give a complete picture of a beer once it is scaled up to a pint. In short, you can be fooled. Thus it was on Saturday.

I had a bit of time on my hands in Leeds while E had her hair done, so hopped on the bus into the centre. After being distracted for a good while by an Oxfam Bookshop and Clas Ohlson (one of these places where you want to buy lots of things you really don't need) which is distractingly just across the road from North Bar, I managed to drag myself away for a quick beer. A brief scan of the bar decided my choice. Crown Brewer Stu's Stannington Stout. Now I have to say I have limited experience of his beers, as the few times I've found them in Manchester, they've been in poor nick. This was different. Despite me probably being the first customer for it, it was cooled to the point of dispense and was bursting with condition. Well done North Bar. The beer was lovely too. Full bodied, bitter, coffeeish, roasty and soft. Everything a stout should be. Great stuff. I had a second half and if I'd had my crystal ball, I'd have stayed for more. 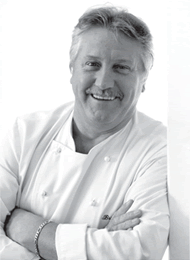 Time was running out and after a quick canter round Leeds Market to procure a couple of butties, I headed to our meeting point, the Palace, my old drinking den when I worked in Leeds. This is an ever reliable stalwart, but Saturday was an off day. First that taster. It was chef Brian Turner's Golden Ale. It seemed fine, so a pint was ordered. It was pale, slightly flat, insipid and tasteless. I asked for most of it to be chucked away; I just couldn't finish it. Rooster's Special was the choice for redemption. Alas it was off the boil too. Tired and flabby. I sipped it disconsolately, thinking longingly back to the magnificent stout in North Bar.

Today I learn that Thornbridge brew Brian's beer. Well I never. It'll be worth another go then, with or without that misleading taster.

Kelly Ryan, Thornbridge’s Brewery Manager, describes the beer as “A lovely golden colour, with aromas crammed with rich tropical fruits, ripe berries and hints of fruity cheesecake. The mouth is clean and crisp with some subtle malt characters and more lovely hop, mostly in the form of passion fruit, grapefruit and gooseberry. The finish is quite dry."
Posted by Tandleman at 07:59

Hmmm. This is doing the rounds in Nicholsons pub, so will appear in the Bank in Mncr sooner or later. His Amber Ale was disappointing, so Thornbridge or not, it will have a lot to live down.

His range of sandwiches are also major rip-offs.

Is Ainsley Harriot bringing out a beer? I prefered Ainsley on Ready Steady Cook.

I don't have a problem with the principle of tasters, but I do know some people abuse it. At the Southport beer festival, one elderly gent would go to a different member of staff each time, ask for a taster, go and drink it, then do it again and again, until I twigged what he was up to, ensured I always served him and demanded he buy something.

Admittedly, such behaviousr is a bit harder in a pub, but not impossible.

beer from a good brewery is no guarantee that it will be good .the amber ale was fairly bland and i was surprised to see it was brewed by Thornbridge

me again.if you give tasters how will you shift the badly made beer being churned out by a lot of the micros and the regionals.