Today's Publican's Morning Advertiser has a piece by Tony Jennings of Budvar in which he argues that: "It’s time to sell GBBF to the wider world". What does he mean by this? It seems Tony feels that there are tricks being missed by CAMRA and that CAMRA should (among other things) use the Great British Beer Festival as a means of helping British Beer exports and by so doing, attract government involvement. CAMRA should encourage more foreign brewers to exhibit. (I think we had a couple of hundred this year).   It should look more at beer with food and it should get itself round the country, citing the NEC in Birmingham as a possibility. 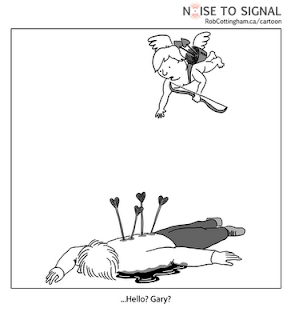 Now there's the thing. What the GBBF isn't is a trade exhibition. It is a festival of beers run to promote CAMRA and its aims - and to give everyone that attends it a good time.  It isn't there to do many of the things that Tony suggests and to move in  his direction, would over time, take the GBBF from being a bottom up drinkers run event, to be a top down business run event. It would certainly change it and arguably, it would ruin it.   While David Cameron, if he thought about it, might agree with Tony that the CAMRA volunteer system, which makes it the success it is, is the Big Society in action, you always have to be careful not to kill the goose that laid the golden egg.  Volunteers do what they do for reasons that aren't entirely logical.  But they certainly do it to support CAMRA and the festival, not to promote a trade run (or oriented) show and while some of Tony's individual ideas may have merit in themselves, his main one would almost certainly invoke the law of unintended consequences.

The old joke of  "what do we want? - Gradual change" - "When do we want it? In due course" fits the GBBF (and to some extent CAMRA itself) like a glove. It evolves and gets better, slowly, year by year. It doesn't need to change its purpose or emphasis to do that.  It isn't and should never become a trade exhibition, let alone one with Government involvement.  Where would the fun be in that?

No doubt Tony's intentions are good and his kind words about the professionalism of the volunteers is welcome too. He is also right in suggesting fresh ideas, but while continuous improvement is a must, it should never become a trade show. Tony is looking at the GBBF through the wrong end of his telescope.

Moving to the NEC would likely represent a huge financial risk to the Campaign among other negative factors)
Posted by Tandleman at 13:16

Surely a trade show organised by the trade is the way for those brewers wanting to cultivate an export market to do so? And how many of the UK brewers we see, and want to see, represented at GBBF have the inclination or facilities to bother about export markets too much anyway? As we know from countless recent discussions, CAMRA is about promoting the concept, not particular products or producers. Sounds like he wants the best of both worlds - have a trade show in the format he wants but let CAMRA do the (free) organisation and staffing.

It would be an interesting post all it's own regarding why people volunteer to work for nothing hawking beer at these festivals. Look into it and enlighten us, fella.

Chris: You'd think so wouldn't you?

I agree that GBBF isn't the environment to do what Tony suggests, nor are Camra the body to develop or run it. Of course, he represents a global brand with a USP and recent history that makes it attractive to Camra. His piece does raise some points, though. Maybe he's noting that the US Brewers Association have a programme which supports members who want to develop overseas markets. All the bottled American beer at GBBF is supplied under that arrangement. Camra does have a relationship with NERAX to promote cask in a tiny corner of the NE US, which is apparently in accord with its aims up to a point, so one might wonder why there's no reciprocal arrangement for Camra to send beers to GABF in the same way. Maybe a brewer's umbrella group like SIBA would be the body to set up some kind of development programme (assuming there was demand)?

Of course, our biggest brewers already send some of their beers overseas, though not in cask form. There would be cost and logistical hurdles that would make it impractical for very small operations, even with some kind of export programme lending a hand.

Stand alone beer trade event would be great, there is the wine show why not a beer show!
Few years back Beer Exposed at BDC was good and something similar to that idea and size but just for trade would be cool.

Sid, the GABF is only open to American brewers AFAIK, and IIRC the serving size is a whopping 1 oz. I've never been, nor would I ever bother with it, FWIW.

The empty casks that contained USA beers are filled with British beers and sent back for sale in the USA. I think cost would prohibit it happening regularly.