I called in to the JDW owned Regal Moon in Rochdale after chairing my CAMRA Branch Meeting on Tuesday. ( 47 attended including five members for the first time. Not bad at all eh? Well it gratified me at least.) I entered at 11.20 pm with just enough time for a half pint and a chat before my bus, I found they'd stopped serving. Manager Chris explained that throughout January, as it is relatively quiet, last orders are half an hour earlier.  This actually brings quite astonishing savings in staff hours and helps his staffing budget no end. What's the point of staff being there if there is no-one to serve being the logic I suppose.  Does this happen elsewhere? I don't know actually. Maybe others do too? 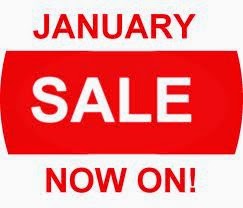 As I and my chums also go there on a Wednesday I was able to forewarn the "boys" though it was nice that the Duty Manager came over to us a just after eleven to ask if we needed another drink before he closed the tills. We didn't, but it was a good and thoughtful bit of customer service.  Another feature - of this Spoons at least - was a rather good "January Sale". Most beers, even rather strong ones, were £1.99 a pint and we enjoyed some excellent stuff, Hawkshead Windermere Pale and Oakham JHB being pick of the bunch, but one of our part enjoyed a pint of bargain Exmoor Beast..

I was on the 11.11 bus and back home and in bed by quarter to twelve. (We meet at nine). Not Dry January by any means and I'm not sure it counts as TryJanuary either, but still doing my bit you know.

I hadn't had JHB for ages. Not forgotten how good it is though and it was certainly in top form.  A bargain indeed at £1.99
Posted by Tandleman at 16:57

can you use a beard token on top of a january sale price?

It's a double edged sword. Ask the staff how they feel about it.

At least one of them thinks that "It's crap, I can't get my normal hours in, so my wage goes down just when I need a bit extra after Christmas"

Last year it was packed on Friday & Saturday and they still closed early. Doesn't makes sense if the punters are in. Maybe more so on a Tuesday though.

Very fair points. I get the impression though the saved hours go back in the pot for use later.

Surely the term "beard" now applies more to "craft hipsters" rather than the stereo-typical CAMRA member imagined by the popular press? Oh, and Cookie, of course!

The idea of a January sale in pubs generally is a decent one - sticks two fingers up to the Dry January crowd.

The reason for the closing at 12 at weekend is that they have no door staff during January so licensing wont allow them to be open past 12.

It was one of the door staff that asked us to leave, so that's not the reason.