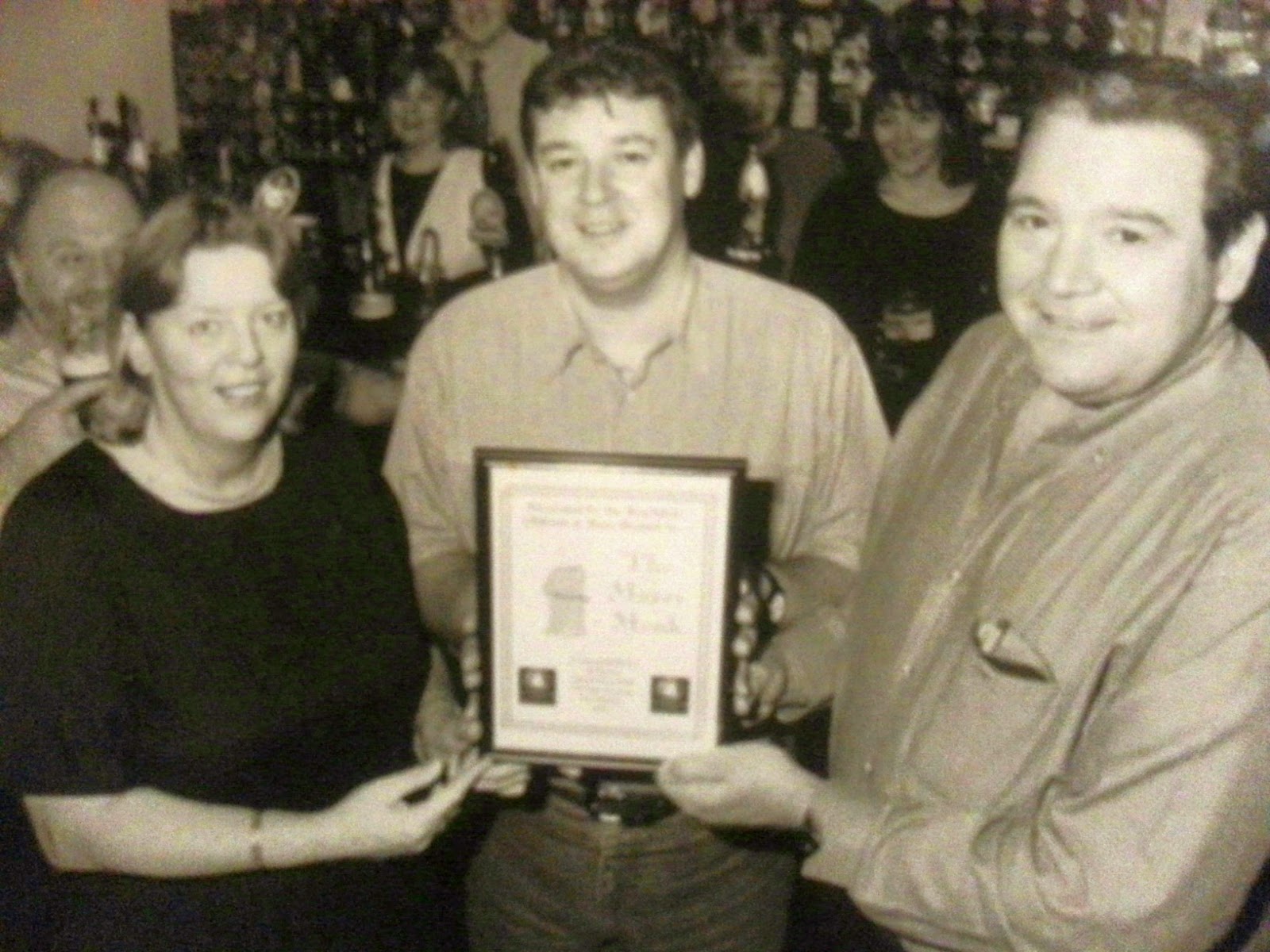 The local CAMRA Branch I chair and have done for twenty years, is forty this month.  We have been celebrating this with a series of piss ups thoughtful events to mark the occasion.  The first formal do was last Wednesday when we met at the Flying Horse in Rochdale to enjoy a few local beers (including one I had a hand in) and to view memorabilia of Branch happenings over the years.  We gathered together quite a lot of interesting stuff, including the minutes and attendance sheet for both the first meeting to establish interest in forming a CAMRA Branch in Rochdale,Oldham and Bury and the first meeting minutes having decided to go ahead.  Many photos of old gits when a lot younger were eagerly perused, as well as posters, beer festival lists and all sorts of other paraphernalia which had been gathering dust in drawers, lofts and garages for donkey's years.  Old colleagues attended and it was rather a cheery evening, with around fifty present.

While that was jolly nice for all of us, what occurred to me was that on an otherwise quiet Wednesday evening, a very large number of pints were consumed, giving the pub a pretty good boost to trade. It also occurred to me that similar events happen all the time and across the country there are countless CAMRA organised events that give local pubs much needed business at quiet times. Quiet midweeks are serendipitously the best time for us to hold meetings and the best time for pubs to host them and thus fill space.  Almost all CAMRA branches are no doubt doing the same kind of thing all the time and in our case, we'll have special events throughout the year and, as CAMRA was growing hugely forty years ago, there will be a lot of this kind of stuff going on. It's all good for pubs. 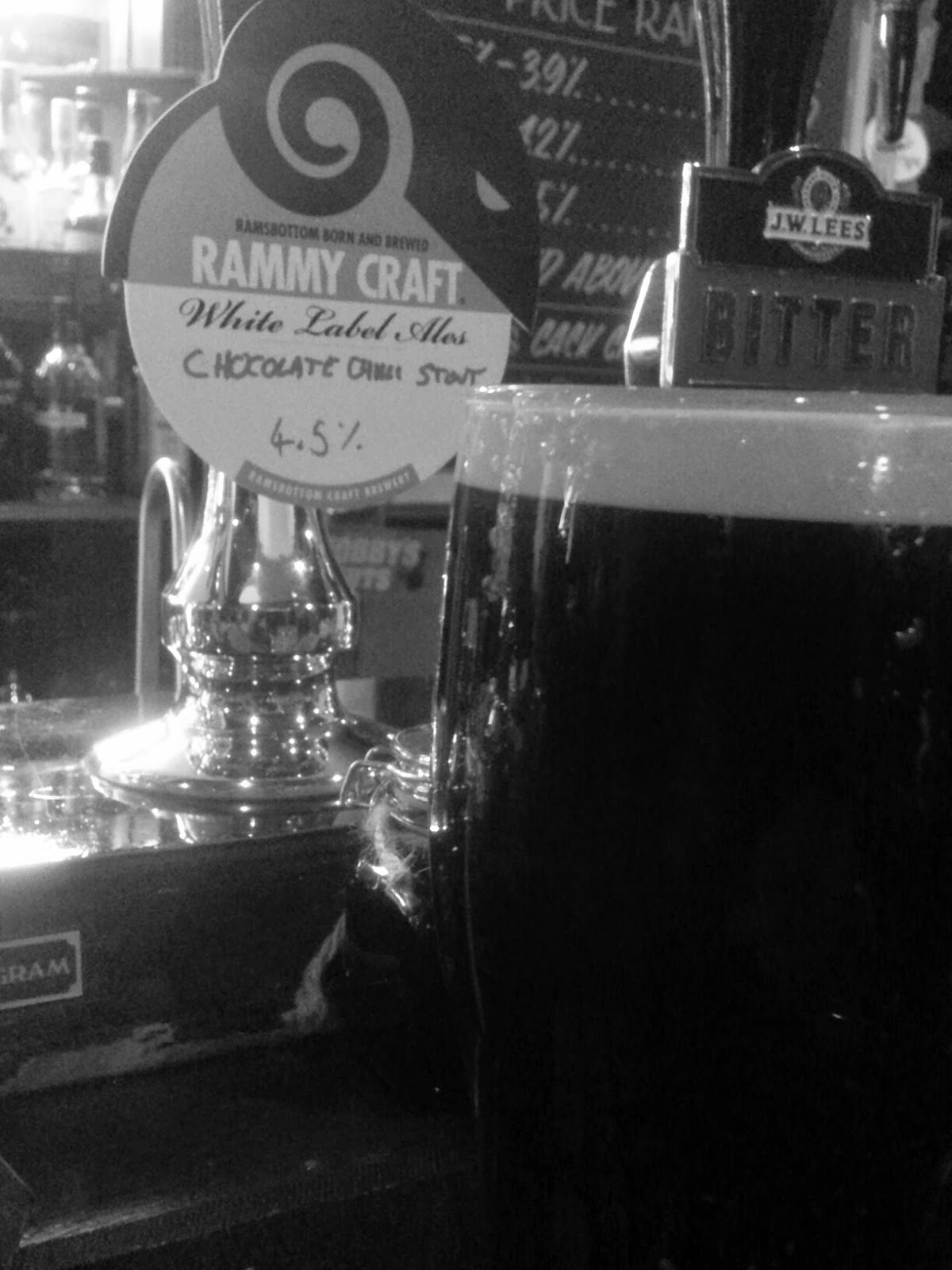 Some of us may be old and set in our ways, but we are still campaigning for real ale in the best way anyone can, by getting out and drinking the stuff.

My beer was brewed by Matt Holmes of Ramsbottom Craft Brewery. It was a chocolate, chilli stout of 4.5% and was a dark as possible. It had just a touch of chilli and a beautiful white creamy head. Lovely stuff. It sold out before it was ready for serving and will shortly be available in bottle conditioned form. Want some? Ask Matt here.

Photo (Top) shows me presenting a certificate to the Merrie Monk in Rochdale in 1997.  Alas, like the landlord, the Merrie Monk is no longer with us. I'm hanging on in there.
Posted by Tandleman at 07:42

More photos of a young Tandy!

Congratulations Tandleman, on your marathon stint with Rochdale,Oldham and Bury CAMRA, and to the branch for reaching its 40th anniversary. We’ve a similar do coming up in just over 10 days time, but West Kent, or Tonbridge & Tunbridge Wells as it then was, will only be celebrating its 30th birthday.

The branch is older than that, but had become moribund until a small group of us, including yours truly, got together back in 1985 to get it back on its feet. We’re looking forward to seeing some old faces from the past, but sadly the pub where the re-constitution meeting took place (Prince Albert), is now the site of Sainsbury’s Petrol Station!

Punch & Judy, St Stephen’s Street, Tonbridge, Saturday 11th April, starting at 4pm for anyone who wishes to turn up. A special brew from Tonbridge Brewery will also be available to mark the occasion.