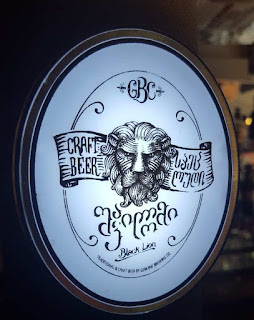 The main road through Tbilisi is Rustavelli Avenue, named after a famous Georgian poet and hero.  This is a mighty six lane highway with never ending maniacal driving at speed the rule, not the exception. A bit like Wacky Races for real people. The only way to cross it is by underpass. Any attempt to do so on foot would be certain death. We used the underpasses, spooky though they were.

On one side of Rustavelli Avenue were dotted, all the way down to Liberation Square, a number of little restaurants with seats outside. You could grab one and watch the passers by as you supped a very reasonably priced beer. Think about a pound or less for a half litre. The quality of these beers, all uniformly golden, ranged from pretty tasteless, to not too bad at all.  The quality of the people watching though more than made up for the lack of quality in the beer, with very attractive young people enjoying strolling up and down in groups, as well as many other interesting characters. It was all rather pleasant despite the roar of the traffic and the somewhat sticky 35C heat.

On our second night there we found less traditional cafe near the Parliament. The menu was uninformative, so we just ordered two beers. Now as an aside, everywhere we went - more or less- the serving staff, usually with little English were exceptionally nice. This was more throw it at you and disappear.  Also it was in a .4 glass; the cheater's half litre. We looked at the beer which was a lot more brown than we'd come across. Hmm. E took a sip and grimaced. I did the same. Crikey. What was this? The beer tasted sharp and unpleasant with a yeasty taste. It was bright though. As clear as could be and tasting pretty strong.  Beside us was a raised grass verge. E without hesitation tipped her whole glass into it. I struggled on through half of mine before giving up and calling for the bill.

Our waitress, cheered up by the thought of our imminent departure promptly appeared and on receipt of payment enquired if we'd enjoyed the beer. I said we hadn't. She looked shocked. 'But', she spluttered, 'it is craft beer.'

Further up the road there was a rather upmarket resturant. Outside were several bottles with IPA on them, but we passed, unsure if, at peak evening meal time, a table would be forthcomimg for beer only. Sadly I never saw that beer again.

This wasn't my only craft though. Black Lion was a standard but tasty lager and was very good. I believe there was more craft to be found, but we didn't go looking.
Posted by Tandleman at 13:13

Many years ago Neil Chantrell (Coach House and Greenalls) helped set up a micro brewery in Tblisi using Coach House recipes. One of the beers was a copy of Blunderbuss. No idea if it exists now.

Thank you, your post was very informative. Would love to go to these places soon.

The brewery Neil set up did his uk blunderbuss and a light ale, both coach house recipes; he set the brewery up there back in the days of power cuts and water shortages and it was an incredible achievement in the mid 90s. I read an article about it in a brewing magazine at that time.