The Not Quite Bad Enough Pint


Like many a cask beer drinker, I pride myself on knowing a good pint, knowing common faults in beer and perhaps most difficult of all, knowing when a cask is about to run out. That can be a bit of a harder one though, in that the pint will often look pin bright, have a decent head and will to the usually inexperienced server, look exactly the same as any other he or she has served.  But it isn't. Despite its looks the beer is actually, while not exactly undrinkable, not in optimal condition. As a beer, it has more or less ceased to be, while zombie like it still purports to be alive and kicking. 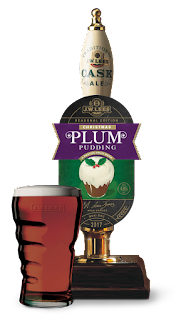 In one of my local pubs last night after trying the Bitter and MPA which were excellent - they keep their beer brilliantly there - I thought I'd switch to the lovely Christmas special, Plum Pudding. It looked fine, but one sip told me it was getting to the bottom of the barrel.  Dilemma. Was it bad enough to return? I debated it mentally. I know when the beer starts to lose its condition and pick up off tastes from the cask bottoms, it can still last two or three pints more, but sure as eggs is eggs, it won't last much longer and it won't be much good.  An additional problem to add to my deliberations, is that they know me there and they know I'm the local CAMRA Chairman and because of that, my general rule in pubs I know, is if they know me and who I am, I don't tend to moan about the beer - unless of course it is vinegar or something equally indisputable.

So, I supped a bit of it slowly while keeping my eye on the handpump.  It spluttered to an end a few minutes later. I watched and waited and as soon as the cask was changed ordered a new pint. It was gorgeous. My discarded half pint or so remained on the table.

Did I do the right thing in not presenting myself as some kind of beer soothsayer? I think so. In my position, you sometimes have to take one for the Campaign.  Nobody likes a smartarse after all.

In my opinion too, which is ignored at Good Beer Guide Selection meetings, this pub should be in the Guide.  Being an estate pub though very few of my members are likely to nominate it.  Shows it isn't always a fix.

For my London readers, very little of this applies of course.  Cask beer quality there usually precludes such beery predictions.

I'd have thought that in a pub where you *are* known, you are on stronger ground in returning that marginally dodgy pint.

But you are right that there is a lot of beer out there that, while not really returnable, is pretty tired.

Oh the responsibilities of office, and the broad shoulders required to wear the mantle of Branch Chairman.

I think you acted correctly under the circumstances, but what on earth is that appalling looking glass in the photo?

I'm of the opposite view I'm afraid.Every poor pint should be returned whatever the circumstances if only to see the response of the pub.Anything less than instant replacement without begrudgery means it's the last pint I drink in that pub.
I can't see the problem with returning bad drink especially when most people would have no problem returning manky food.

Point taken Syd but circumstances alter cases and there was a wider issue to consider. This wasn't a manky pint but one that was a judgement call that most couldn't make. The pint was on the turn but not undrinkable.

I chose to keep my powder dry for another time.

You'd have though the staff would have realised you'd been served the dregs and offered to give you a new pint. Either way, difficult choice. In any of the pubs where I regularly drink cask it's a very rare thing for beer to get the opportunity to become tired but very occasionally a discreet hint to the staff to alert them to a cloudy one is appreciated.

As I said, it wasn't the dregs, it was pin bright. Re-read for er.. clarity.

All is, er, clear! Thing is, I call dregs the end of a cask, cloudy or not, and quite often not because of the increasing tendency of cask conditioned beer to contain little or no sediment due to it being brewery conditioned and racked.

I would have done the same,and often get berated by beer types that are with me for failing to reject.But there is a wider picture to look at. Same with food of course.If you have a broadly well cooked and presented meal and are with good company,is it worth a fuss overall if the carrots are a bit too microwaved but not terrible.Probably not. If I know and get on with the landlord well,and there isn't a large audience around I might just give him the nod if it wasn't at it's best,and often the landlord would replace. But if there were ten others close by not known to me,I probably wouldn't broadcast a large objection. Of course if a local pub I would know what the standard of the beer is normally like,and the policy and personality of the person behind the bar which would help.Also,now living on a small island we all have to rub along,and that tends to leniency in difficulties of any type.

I wouldn't have said anything either - I'd have been happy enough just to be able to go "Ayup, I was right", when I saw the barrel run out.