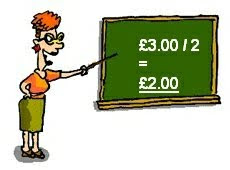 If you have been to Ireland you will know that there is a premium charged on half pints. The amount varies, but can be off puttingly high. When Eileen's dad was alive he used to forbid her buying halves on grounds of value, on the frequent family outings to their County Clare roots in Ennis. You don't see so much of it here, but I was exposed to it twice in Glasgow. In the magnificent if somewhat soulless and austere West, a pint of their house brewed beer will set you back a not unacceptable £3. A half will cost you £2. Now this is the sort of place where invariably you will want to experiment and taste a few. Is this a cynical ploy to milk such customers, or, are they selling pints at a discount? I don't know, but I don't like it either way.

On the way home, the Toby Jug opposite Central Station, was selling Kelburn beers at £2.30 a pint, but two halves were £2.70. Illogical as Mr Spock would say. Now I know all the arguments about a half pint drinker using up the resources of the pub and spending less. Frankly that is bollocks. For the beer buff ordering a few, such antics can become pricey and of course are against prevailing anti drink advice to drink less. Now I don't mind the half pint rounding going in favour of the pub provided it is kept reasonable, but these cases are not.

It is wrong and they should stop it.
Posted by Tandleman at 11:27

I agree. I don't see this around so often now though, except the in a few pubs that sell pints for £2.45 and round the half up too £1.25 etc. The 'West' example you give is outrageous. Vote with your feet!

I agree – a pint for £2.50 and a half for £1.30 isn't too objectionable, but that is just taking the p. It may also be unlawful in Scotland as it contravenes the code of practice for licensed premises that they shouldn't give discounts for buying larger quantities of alcohol.

And for the record, in the Bull & Castle (one of the very few Dublin pubs worth drinking in) most draught beers are sold by the klein (33cl), halbe (50cl) and stein (1L) each of which is priced proportionally. But it's pretty much unique in that AFAIK.

Are beer measures deregulated in the Republic, then, as that would be unlawful in the UK?

This non-Brit finds it mildly amusing, how worked up Brits get over this. This mild amusement is similar to that I get when Krauts say how the Rheinheitsgebot guarantees the superior quality of their beer.

Huh. I wanted to refer to prices of glasses (presumably 8 oz) at the Full Sail Pilsner Room
(http://tinyurl.com/fspr-beer) but they only list prices for a single mystery serving. And now I can't find a single Portland pub menu online which lists the price and serving size.

Yep, every non-Brit I've discussed it with thinks state-sanctioned beer measurements is weird and a bit silly. It'll be straight bananas next, mark my words.

It's not a case of deregulation, it's a case of why-would-you-regulate-that?

"why-would-you-regulate-that?" It doesn't seem that weird or silly to me, then I'm a Brit.

It to ensure you can compare and know what you get for your money and is scarcely confined to the UK as a concept. Indeed one could argue in Ireland the same principle was followed until you became "European" for less than altruistic reasons.

Better that than the Yankee way where a "pint" can be anything from 12 to 20 oz.

It's an interesting subject though.

Never having come across the "two halves cost more than a pint" problem, I rather naively assumed the law required a half to be half the price (or thereabouts) that of a pint. However, this makes clear that it doesn't, although the pubs guilty of the practice at least have to advertise their legalised thieving. As ever folks, there is a simple answer: don't go there!

Eh, it's really a dis-similar amusement, on second thought. Going on about the Reinheitsgebot is actually mildly annoying, whereas the business with the price of a half is simply mildly amusing.

It to ensure you can compare and know what you get for your money
We use a radical invention called a "Price list" to ensure that.

Indeed one could argue in Ireland the same principle was followed until you became "European"
You could, but I think you'd have to do it from a position of complete ignorance of Irish legal history. Beer measures have been free since 1928, when Ireland was still part of the British Empire.

BN - I might have ignorance of Irish law (who doesn't?) but I know the difference between what you can do and what you did do.

To suggest draught beer in Ireland was dispensed other than in half pints and pints, until fairly recently is stretching it a bit. I'd further suggest that it is still done that way in the vast majority of Irish pubs.

I misread your "principle" above to mean the principle of government telling you what specific measures you have to have your draught beer in. It seems you meant the principle of selling beer by the pint, which every Irish pub does, of course.

As Tandleman points out, there are no standards in the US for serving size and a "pint" is whatever the pub says it is. They avoid the entire math issue by not offering a half except in very rare occasions. Generally, you can buy a "pint" or a "glass".

We also pay a good deal more for beer than you do in the UK, anyway, so quit whining!

The Beer Nut could probably report on even worse horrors in Dublin.

If anyone wants to know the real reason why pubs are dying out in Ireland it's not the cigarette ban but the outrageous cost of drink.

It's not the smoking ban either: it's the fixed number of licences (set in stone since 1902) and the requirement to have a pub licence to run an offy. Publicans sell their licences on to convenience stores who use them to sell beer. The publicans have maintained the status quo through their immense political power so that a licence can be treated as a pension fund: to be cashed in when the holder feels like it. That they then whine about the negative impact of pub closures on rural life is doubly galling.

Prices are high because pubs are run as a cartel. It's complete scam and one I'd suggest drinkers shouldn't encourage, not least because the beer is almost universally awful.

For a modern brewpub, I'm really surprised West don't either offer a tasting platter of their range of beers, or better still free samples.

& I totally agree - the practice is dodgy in the extreme.