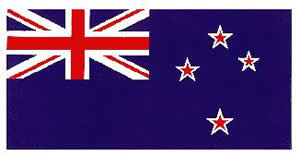 So its goodbye to him. Kelly Ryan that is. Thornbridge brewer, gentleman, scholar and acrobat and possibly the greatest New Zealander since Edmund Hillary, though whether you can compare mountains and beer, we'll leave to one side. That and the fact that I don't really know of many other peeps from NZ, famous or otherwise.

On Saturday I had a pint of Lumford, which while maybe not the masterpiece that Kipling and Jaipur are, was a pretty good beer. I am sure Kelly's legacy will live on though, in the fine beers he designed and in the memories of all of us beer bloggers. But memories of a person (he's not dead though I must emphasise) have to be personal, so I'll think about him now against the background of the perfect cask of Jaipur that I experienced in the Regal Moon on Saturday 14th August this year and blogged about here. It was as near a perfect beer as I've had all year and though I'm not a brewer, I'm pretty sure that's how Kelly will want to be thought of, as he looks forward to being upside down and being catapulted back in time by 20 years or so, by to returning to his native soil.

And from my point of view, he knows how to brew a decent drop of cask. Keep that up when you go home and that will be splendid and it is worth mentioning that he brews better beers than Brewdog. That makes him an even eggier all round good egg. So Good Luck for the future Mate.

I claim a connection too. My lass works for Jim Harrison's wife Emma. Jim is the Thornbridge owner.
Posted by Tandleman at 12:30

Oh yes, Emma who makes her millions from harassing the unemployed via A4e. I bet she's rubbing her hands at the Government's latest proposals.

That connection has made me seriously question drinking Thornbridge beers which like you I generally enjoy.

It is the gummint that does. Emma merely takes advatage of it by doing it on their behalf. It is called business I believe. Not that my lass works for A4e exactly.

PS - I understand Jim made his dosh from engineering. So you should be OK.

"catapulted back in time by 20 years or so"

Had some Kipling from keg in The Euston Tap, if its a keg beer should it necessarily be freezing cold?

Kieran: In a good way of course.

Coxy: Was it fizzy and thin at all?

Not fizzy but thin is a good description, the question was though does it have to go through the python the same as the Lager or will it be too frothy if served warmer? I didnt really like it on keg but it could have just been really cold which im not used too.

Had some casked Jaipur in...wait for it...NUREMBERG this week. Really. At the Brau Beviale trade show. An amazing beer, the best beer at the show by miles, of course.

Bit warm though, since there was no proper cellar at the stand, and the cooling jackets didn't seem to be doing much cooling.