Fast Away the Old Year Passes 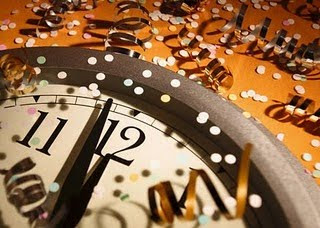 Well that's nearly it. 2010 has gone bar the shouting, though there won't be much of that from me. By half past midnight the New Year will have been seen in with a glass or two of champagne, then it will be up the wooden hill. I'll have some drinking to do tomorrow. It is traditional to look back on beery highlights of the year, but bollocks to that. No. Actually I will by way of one or two bits taken from Dredgie's Golden Pints, as I think it is quite fun. So here we go:

Already been said. Fyne Ales Jarl. So bloody good that you scan every bar you approach in the vain hope that it will be there. Runner up, Crown Brewery Brooklyn Heights. An interpretation of a US style IPA that few Yankee brewers could better.

Quite a few contenders, but once again it has to go to Brauerei Roppelt, Stieberlimbach, Franconia; Kellerbier is lager as it should be and this is kellerbier as it should be. I'd also like to give an honourable mention to Alpha King which was the stand out beer of my Chicago trip, though actually if truth be told, we are doing these kind of beers better in the UK at the moment. We add drinkability and that just makes them so much better in my book.

Mallinsons, with a nod to Phoenix and Elland. Oh I know Jarl was the best cask beer, but it isn't just about producing one beer and I know if I see the other three breweries, whatever beer is offered, I'm in for a good drink and that, rather than exotic or unusual, is what I mostly want.

Pub/Bar of the Year

I base this on how much I enjoyed it and the overall experience. I'll rule out my local on the basis of bias, but the Baum in Rochdale gets it for me. Superb place and superb beer. Runner Up: Apfelhaus Wagner, Sachsenhausen, Frankfurt. Just a must experience place, steeped in tradition.

Honourable mentions go to The Jolly Butchers (assuming the beer is no longer warm); The Rovers Return, Douglas; the Hop Leaf, Chicago and the White Lion in Delph.

Apart from my own very under-rated bog? Hard this one really, but here's the one two three:

1 Oh Good Ale - Well written, non conformist and feet on the ground. That's a winning formula for me.

2 Tasting the Pith - Ignore the fact that it's highly unlikely you'll ever come across any of the beers he drinks. Just grab the hem of his frock and go along for the ride. It's worth it. This guy is seriously good.

3 Rabid About Beer - I like a fellow moaner, but he also genuinely likes beer and people and he's one of the nicest guys you could meet.

Get some free beer sent to me like the rest of the blogosphere!

I'm welling up mate, all emotional down here(must be the lack of beer last night!).
Twitter DM me your address and I'll send you some of the kernel black ipa I helped brew.

Thank-you for your kind comments, Tandleman; I always enjoy reading your blog as well!

Wishing you all the best for 2011, and hopefully we'll manage to meet up sometime.

Aww, thanks, you silly sausage.

IIRC, the batch at Roppelt when you were there was not even its normal hoppy self! And thanks to you lot for bringing me round to discovering the Apfelweinhäuser in Frankfurt-Sachsenhausen this...last year. B wants to go now that she's heard about it, and because of the nice glasses.

I can't recall now which one was Wagner--the one where they showed us the pump behind the bar?

Many thanks Tandleman. Makes it all worthwhile. Sorry this is so late, been very busy in the brewery, just commissioned FV4 yesterday :) Tara and Elaine