I read in the Morning Advertiser that in some areas, groups of licensees are operating "unofficial" minimum pricing schemes, whereby they agree not to sell alcohol at below a certain cost. Let's be clear about this. It is illegal to do so. It is operating a price fixing cartel, which is an unlawful activity in this country. 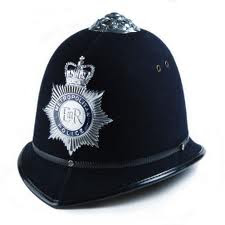 As if that isn't bad enough, it seems that such schemes are being encouraged, or even suggested by the police, or at least by the local licensing bobbies that attend PubWatch schemes. Now you, like me, might think that if such a thing was suggested, that the licensees would firmly turn down these illegal suggestions and maybe would actually report such goings on. But no - it seems some go along with it, despite the fact that it is they, not the police that would end up in (quite serious) trouble for so doing.

I talk to landlords a fair bit and there is much pressure - pressure that is contrary to the Licensing Act - put on publicans to do this and that from time to time, whether it be close early, or not open at all at the "request" of the police, despite their legal right to do so. When I point out the police can't do such and such a thing under the law, the answer is inevitably the same. "If  I don't, they'll make life difficult for me."

The police have a hard enough time in administering public order, but they do tend to lump the innocent with the guilty. When they moan about late night drunkenness, it is invariably at certain venues that are repeat offenders, The police already have the powers to deal with these under the existing law,  just as they can lock people up for being drunk and disorderly, exhibiting behaviour likely to cause a breach of the peace, or in extreme cases, for being drunk and incapable. It is time they enforced existing laws and stopped encouraging the breaking of the law by hard pressed publicans. It is equally time that politicians addressed why existing powers are not being exercised, rather than pointless posturing and tinkering with prices.

The cops know where the problems are, be they completely pissed people, or the pubs that serve them when they are pissed (small minorities in both cases) and they should get on with sorting them out and leave the rest of us alone.

Politicians should make it clear that they have to do so.

The police can make life difficult in 2 ways. They can attempt to revoke the licence or raise objections on a renewal.

They can start to target the establishment by sending in underage customers for test purchases.

Anyone can complain to the OFT about a cartel
http://www.oft.gov.uk/OFTwork/competition-act-and-cartels/cartels/complain

It would appear in many ways that publicans are between a rock and a hard place.

Who would run a pub eh?

I entirely agree with you, but in practice the police often have "leverage" over pubs through turning a blind eye to certain practices, and so are able to get away with it.

Things may be a bit different under the new licensing laws, but in the old days nobody's telling me that the police weren't fully aware of the vast majority of regular lock-ins.

in addition, the MA as a trade paper are doing there job, reminding there readers in the trade how to stay within the law and resist pressure to operate illegally.

As a question, what do police turn a blind eye to? Lock ins are gone, pubs can have a 24h license?

There has to be give and take Mudgie. Not saying that, but surely illegal cartels and punishing the innocent with the guilty don't come under that category?

Not only did the police know about lock-ins in the old days, they often were part of them. I remember sitting in the Railway in Sale as the police came in via the back door, straight from the cop shop next door!

I'd be tempted to wear a wire in all conversations with the filth. They're feeling the brunt of extra paperwork and have their own pension issues and redundancies. It's not hard to imagine that some of them might take it out on the public by abusing their power.

I believe a lot of the stories we read about drunken disorder are exaggerated, and on it's these stories that the police, politicians and posh, disgusted writers of letters to the papers (who never go out to a pub themselves) base their actions and prejudices. I know because I go drinking in my town centre, and sometimes others, every weekend.

Yes, there are problems, but if you add up the number of trouble makers and compare that to the total number of people who were out drinking on any night in pubs, bars, hotels, restaurants, social clubs and night clubs, it would be a very small percentage. Throw in all the home drinkers, and the figure becomes vanishing small.

I'm not denying the problems and damage the pillocks cause: I've seen it for myself many times. I'm simply asserting that they are a very small proportion of drinkers.

The only business the police have with pubs is if the law is being broken, otherwise they should mind their own bloody business. But harassing pubs is easy, and can probably tick a "community policing" box. And yet every so often you hear about them ignoring repeated calls about harassment and persecution from members of the public whose lives are being made an utter misery, until someone is murdered or commits suicide in despair of ever being helped (after years of ignored phone calls in one case).

The police should get on with the job they're paid to do - catch the troublemakers - and stop harassing the soft option, the pub where problems are rare (again I refer to my broad experience of pubs). Or do the police have a pact with the Government to drive small businesses to insolvency? I wonder.

Forgot to mention: I come from an old Liverpool police family.

When Cartmel races are on the local Police 'suggest' that pubs use plastic glasses, employ security and close early - on Bank Holiday weekends!

All the pubs in the village are responsibly run and know to deal with trouble and resent being told how to conduct their business. They lose trade in the evenings after the races, especially through the plastic glass rule. Beer tastes bad enough as we know, but spirit and wine taste even worse.

A very well-written post. I read and liked the post and have also bookmarked you. All the best for future endeavors
IT Company India