I don't always agree with the Pub Curmudgeon.  He does though live up to his strapline "A jaundiced view of life". Thus it was that I read and disagreed with his views expressed here about a pub re-opening in Stockport. Mudgie reckons local CAMRA members are showing how out of touch with real pub life by suggesting that the pub "leave one or two areas free of noise so that the serious real ale drinker can enjoy the beer without unnecessary distraction?". Now this is a little inelegantly put, but having read about Mudgie's example elsewhere, all that was being suggested (by one person, not a cabal of CAMRA nutters) was that they don't have so called background music at top volume everywhere in the pub.  Not that unreasonable surely? 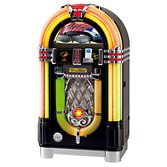 Now overbearing music, especially that with a repetitive bass beat driving through your skull is a pet peeve of mine (they seem very keen on that in London and I do mean you the Dispensary)) and one such incident - admittedly not involving repetitive bass - happened to me and E a couple of Saturdays ago, around tea time. We were in the City Arms in Manchester centre - a very traditional pub - and went in the back room. It was a  mixed company from young to old, but you had to shout to make yourself heard above the piped music. We drank up and fled, not because we couldn't discuss the finer points of the ale, but because we couldn't talk without raising our voices. Pub music is always divisive and there isn't really a simple test for those inflicting it, though I think they should ask two basic questions. Firstly am I putting this on for me, or for my customers and secondly, is at a reasonable volume and appropriate to the recipients?

One of the best things in a pub is to hear that lively buzz of people enjoying themselves over a tipple or three. It isn't just CAMRA members that take pleasure in cheery conversation unhindered by inappropriate music, played at nearly full toss. Is it really so wrong just to want to chat or ponder quietly? While background music can and does enhance from time to time, if you have to shout above it, it ceases to be background.

This is where the good old juke box comes in. At least the customer gets some say in the matter.

I admit to having a curiously ambivalent view of pub background music.  I can contradict myself on the subject.
Posted by Tandleman at 12:13

This is why Brugs Beertje in Bruges is such a relaxing place to visit, quiet classical music in the background, keeps the chavs away too (they should really try this in Britain too). Tandleman 6 - Pub Curmudgeon nil.

I think you rather misinterpreted that post. Personally I'd agree with the view that the importance of piped music in enhancing the atmosphere of pubs is much overstated. Not to mention the fact that the choice is often made to suit the bar staff rather than the customers.

What I was getting at was the reference to "the serious real ale drinker" who wishes to appreciate his beer without any extraneous distraction.

Au contraire Curmudgeon.I think I understood your post all too well. :-)

I understand it as a bunch of ageing bearded types unhappy unless every grog hole conforms to a narrow stereotype of quiet joyless boredom akin to death, albeit with 20 hand pumps, unable to grasp why someone might want to drink something cold yellow fizzy and delicious whilst watching the footie, having a game of 'arrows or enjoying the latest beats from the hit parade by Lady GaGa during the short time life affords. A mere heartbeat in the life of the universe to paraphrase Carl Sagan.

I don't think Mudge was saying all CAMRA members conform to this bearded stereotype, just all the one he knows which is less that the 130,000 I suspect.

I would exclude you from Mudgies rant, Tand, as you've always struck me as rather with it and down with the kids with a little more optimism for the future than poor old glass half empty Mudge.

Music in pubs is one of those things that's sometimes held up as a hideous modern blasphemy. Fair enough, when it's dead loud, it's horrible. But I've never met a single person who minds it when it's done sensibly.

"I've never met a single person who minds it when it's done sensibly."

Sensibly is the key and the bit most seem to have difficulty with.

And Cookie. Arrows? When did you last see darts in a pub. I can scarcely remember.

well, being neither old nor beardie (I'm (ahem) slightly under a third of a century, and my beard fell off at the weekend), I have to say music in pubs is one of my least favourite aspects. fortunately we seem to have graduated past the assumption that if you like real ale then you must by definition like jazz, but there's some pretty awful stuff played still. more to the point, as Tandleman says, if it's too loud then it doesn't matter what it is, it defeats the object of a pub, surely? Regardless of what drinks are sold, more often than not I'm in the pub to chat with my mates, I don't wanna have to shout or be shouted at

It was a popular game here, I gather.

When Bolton CAMRA succeed in reopening the place (they appear a bit quiet about their campaign, though, maybe you can jolly them along?) I shall pop in for a game.

Had this Problem at the University Arms, Sheffield. Couple of Weeks ago. Finished work. Was with a couple of Friends. Folk Singer on. He objected to use Talking. So we drank up, and Went. Music is Perfect though in the Prvni Pivni Tramway. Sporilov, Praha. CZ. Fits in with Bar & Beer.

The correct volume of background music in a pub is probably something that could be expressed with a formula based on the size of the establishment, its acoustic properties, and the number of people in it at a given time.

Music which is too loud (though that's subjective) is annoying: it should not interfere with conversation.

But there are some pubs where the lack of music is just as jarring. The Pembury in Hackney used to be so quiet and so sparsely furnished that, without background music, you could hear what people six tables away were saying to each other. Everyone ended up whispering. It really was like being in a church.

This is why I like going in 'Spoons. Or even WetherLloyds up to late evening. The Flying Shuttle is in Farnworth. While it comes under the Bolton postcode, it is 4 miles from Bolton centre so shouldn't be considered typical of the pubs there.

Agree on classical music ala 't Brugse Beertje and with Bailey's post. But then the question becomes, "classical": Mozart or post-communist Estonian holy minimalism?

Some good music can sometimes be found at the Red Deer in Sheffield, and at the Evening Star in Brighton, but as I like it am not the best person to assess te suitability of the volume.

What about music in pubs when you're eaing? I never understood that. Especially in the pricier ones. Its puzzling who on earth the music is there for the benefit of...

Well I guess that pubs would have to ask their customers directly or perhaps in a form of a survey if they like what they're hearing so that they could provide their inputs as well.