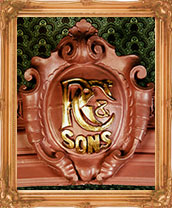 Cain's of Liverpool has had a somewhat chequered history since taking over the old Higsons brewery in Liverpool.  I have written about them before.

Yesterday I mentioned them as one of the UK's leading brewer's of low margin supermarket beer in the context of Thwaites leaving that market.  Today I learn by a phone call from a brewer friend that more trouble has ensued.  The Liverpool Echo tells me that with immediate effect that Cain's are ceasing their brewing of supermarket beers as they incur a loss.  38 jobs will go.  Those of us who follow Cains will doubt, despite assurances that the rest of the operation and pubs aren't affected, that this will be the end of the matter.

But we'll have to wait and see,  One thing is for sure as former employees head to the Jobcentre.  Supermarket own brand beer comes at quite a price despite its cheapness.

The Echo story can be read here.
Posted by Tandleman at 14:36

friend who work(ed) there told me they lost quite a few contracts when independant quality assessors came in and found that the supermarket grain had quite a wide variety of insect life in it. a few years ago they said it was the supermarket stuff that kept the cask alive, now its the other way round..... stranger and stranger.....youll have trouble finding their beer in most good liverpool pubs......

Yup, let take it at face value, accept stock excuses, blame the panto villains at Tesco for the demise and ignore the fact that the company has been mismanaged for years including ripping creditors off a few years back with a dodgy flat pack in and out of administration deal.

Anyone else remember when they tried to pressure the Independent Family Brewers into letting them join their group by playing the race card? They were known as the Del Boy of brewing back then.

Tyson - no, but I'm intrigued. I take it [Robert] Cains aren't run by people called/descended from [Robert] Cain?

They are certainly unconventional in their approach shall we say?

My point is not to defend them, but to say as other breweries have done, that there is no margin in making beer for supermarkets.

"Anyone else remember when they tried to pressure the Independent Family Brewers into letting them join their group by playing the race card?"

Indeed, and in retrospect the IFBB were entirely right to exclude them.

Anyway, the latest report is that the entire brewery is to be "mothballed". Tesco will have to find someone else to brew their own-brand lager.

Mudgie. They were admitted to the IFBB subsequently. I was writing my update to my original story when your comment came in.

No. It is owned by two Asian brothers who, when their initial application to join the IFBB was rejected, claimed that the organisation was racist.

My comment wasn’t to have a pop it was just that if you read the finance/business pages of most newspapers you read articles regarding the success or failure of publically listed companies. From this you notice a pattern. The pattern is that failure is a result of external factors beyond control. The weather, the recession, whatever. Success is by and large the result of the brilliance of the chap in charge. Therefore I am a sceptic of company excuses. Many a supermarket supplier has blamed the supermarket for their demise or struggles. It begs the question why trade with supermarkets? If they were so bad one would expect they would struggle to find suppliers. When you look at the history of Cain’s, it isn’t one that fills you with confidence and a desire to punt up an investment of your own.

In a move reminiscent of the removal of several illuminated letters to make a rude word by Thwaites soon-to-be-ex-employees, eagle-eyed readers of the Cains website will see that Cains' Brewery Tap pub has been renamed the Brewery Trap on its website! http://www.cains.co.uk/pubs.aspx