Heading Craft off at the Pass? 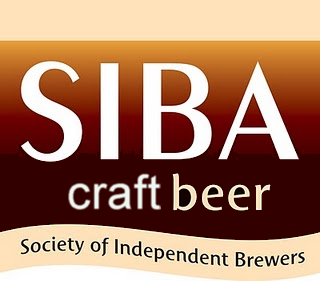 In an interesting development (or is it bandwagon jumping?) it seems that the Society of Independent Brewers (SIBA) are considering changing their logo which current says "Local Beer," to read "Craft Beer".

Keith Bott, of Titanic Brewery, the chairman of SIBA, said the proposal to drop “local” from the organisation’s logo and replace it with “craft” had been raised at a SIBA council meeting and was now going out to regional members for discussion. He said: “We don’t believe it’s our role to define craft beer, though any member of SIBA is by definition a craft brewer."  He goes on to remark about how "local beer" is by definition, what they do and is concerned that a change may be "less relevant".

He is probably right to be concerned in tagging themselves with a title that means all things to all men (and women) and shares a consensus with almost nobody.  But of course it would - or is that could - at a fell swoop, make the term "craft" synonymous with cask, rather than its current widely held (though of course not agreed) definition of superior keg.  That's one in the nuts for BrewDog's half baked plan to define craft beer in their own image, as you would then have a respected organisation with several hundred breweries as members, most of whom only brew cask beer, thus taking de facto ownership of the title.  I rather doubt if James Watt envisages or approves of that scenario, but it is at least more plausible than his.

Somewhat presciently in my view, another thing Mr Bott says (and this is again at odds with the BrewDog view of the world) is that  "ultimately the consumer is the right person to decide what is and isn’t craft."  This is hardly co-terminus with a self serving definition by a sector of the industry who would like to define the craft world in their image and for their convenience and then nod approvingly as the drinking public falls in line.

I've an idea though, reading between the lines, that this change is unlikely to happen, though mabe I'm wrong.  To the ordinary drinker in the pub who values choice and a decent pint above all,  the term "local" has far more resonance than "craft" and that resonance, that approval of small and local, is far more likely to sell beer to both publican and public.  That'll probably swing it.  Keith Bott may though have given the definition that most suits craft. That is something that the consumer perceives as craft.  "It can't really be defined, but you know it when you see it" works pretty well now - for that is where we are - for most people. Impractical and skewed ideas imported (copied) from the US (whose definition of craft is a bit suspect anyway) to a completely different market, will remain pie in the sky unless there is a legal definition.  That just won't happen.

In the meantime we must wait and see for SIBA, but don't go holding your breath.

Honestly, I don't see very much the point. "Independent" and "local" are pretty evocative words all by themselves that, unlike "craft", have the advantage that their definition doesn't leave much room for discussion and are not as polarising.

What they could do, perhaps, is to take the only sensible part of BrewDog's definition, the honesty bit. That is something I believe many consumers will appreciate and value (unless they have that policy already, in which case, forget I've said anything).

For me, a craft brewery relies on its product rather than in advertising and PR companies. Crafted products should be able to stand alone. As soon as a brewery starts forcing its products its lost the craft in my mind. Just my mind however. #personalmeasureofcraft

The self-styled 'craft' brewers have a clear aim of claiming the word 'craft' as their own. Recently Hardknott Dave stated that he didn't regard as 'craft' a beer that had been brewed the same way 20 or even 10 years. I pointed out that' craft' did not mean 'innovative'. Constant change is not part of the dictionary definition of the word, and craftsmen and women in other fields might object to their lifetime of accumulated experience being written off by beer blogger, even if he is also a micro-brewer.

I'd like SIBA to adopt this word for two reasons: firstly, it would involve a more accurate use of the word than if it were confined to keg; and secondly, to tell self-important 'craft' brewers that they can't hijack and redefine a word to suit their own business reasons.

CL: I've never heard the phrase before, but I agree with your point.

"any member of SIBA is by definition a craft brewer"

so more people are drinking craft beer than we thought...

Why don't they keep both?
SIBA: craft beer, local beer.
Works for me.

As I understand it, SAB Miller and Molson Coors are associate members, not full members.

By any definition, all beer is local to somewhere. If SIBA represents brewers nationwide then 'local beer' means exactly the same as 'beer'.

Well, yes Mike F, but which beers are local depends, crucially, on where you are.
Local is probably most meaningful when considered along with "regional", "national", or "international". While a local brewer's beer might well be available all over the world, most of their production will typically be sold locally.

And yes, SIBA has associate members who aren't full brewing members (cos they're too big) who choose to support the organisation anyway.

And, no, SIBA adopting that Word wouldn't "make the term "craft" synonymous with cask". SIBA brewers choose to put their beer into all kinds of containers. SIBA has been running a "craft keg" competion for a while now. And of course there's that "bottled keg" stuff. I don't know (off the top of my head) what proportion of SIBA members only brew for cask, but it's worth remembering that they're not the brewing wing of CAMRA.

(I'd just settle for some decent beer round my way, I'm not that bothered how it turns up.)

Has anyone ever done a survey to find out what, if anything "craft" actually means to the average beer drinker, as opposed to readers of beer blogs?

"Bottled keg" is non-BC (i.e. filtered / carbonated) according to CAMRA

I did a survey, Mudge, I asked my Mum and Aunt what it meant. Not 1000's of people, admittedly, but I was going for quality over quantity, as they are 2 wily old birds. Not much gets past them.

They didn't know but asked "is it expensive?"

While they're at it they should sort out the wavy text. It makes me feel seasick.