Italy isn't like Spain. I'd kind of expected it to be but it isn't. It is years since I spent any real time there - two weeks around thirty years ago - though I have been briefly in Trieste for a weekend. But that's such an oddity it doesn't really count as Italy. In other words I know nothing about its culture day to day habits and modus operandi as such. Other than looking at the odd painting in galleries and remembering "meloni" ice cream rather fondly that is. It rather came as a surprise to find that unlike Spain there isn't a little bar on every street corner. In fact on arrival, the seemingly complete absence of drinking spots alarmed us old soaks as we made our way through Milan's Chinatown to meet our friends at Baladin, something like two miles away. 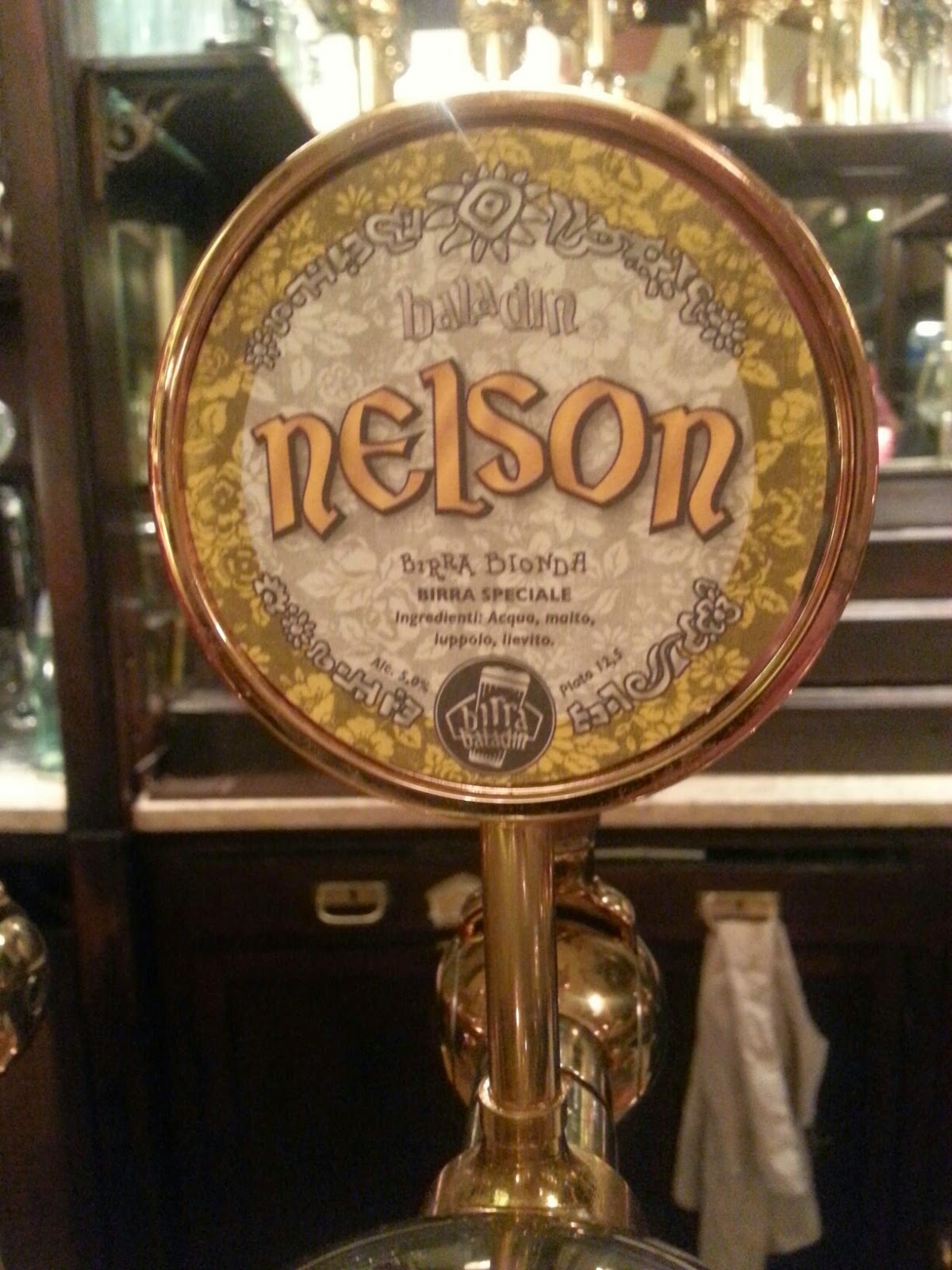 Baladin is a very pleasant craft beer bar and we assembled in its main room and bar. Those already there were in a hugely complicated round - I wouldn't have fancied picking the bones out of it at the end - but we three stuck together to sample the wares. Two were on handpump though I doubt if they are exactly cask conditioned as we know it. A somewhat ordinary but suppable stout and a somewhat ordinary and less suppable brown. We also tried between us Brune, Nina and Nelson and none really impressed. It wasn't a good start, but we liked the place, the company and the staff were really good and helpful. So not all bad.

Given that we were a couple of miles from our apartment and that others were going away from it, we had a couple of expensive and crap beers in the oddly named Scott Duff where we were introduced to Italian Craft beer service at its very worst. After a couple of rounds which took forever, we buggered off back to our own neighbourhood to seek liquid sustenance nearer home. Spotting trams on a main road a few hundred metres from our gaff, a lighted corner seemed a good bet and proved to be our unofficial home for the next few days. I don't think we ever discovered the name of the Sports Bar, but we liked it and had the bizarre experience of watching World Cup cricket there while getting gently pissed on nonik pints of Rothaus Pils, an old favourite of mine from my Black Forest cycling days and a very decent pint. It is a long time since I've been last out of a pub at chucking out time and an even longer one since I was chucked out at nearly half past two in the morning, but that's what came to pass. A great place with great service, decent beer and good prices. Bloody good toasties too! It was great too to watch the dynamics of the pretty varied crew that were drinking there and the young women running the place certainly showed up those at Scott Duff. This was to become a recurring theme.

So a mixed bag for our first day, but Milan was yet to surprise us with a mixture of good and pretty bad beer and the odd cultural difference.

One of our party of three had the bright idea of getting breakfast in a nearby McDonalds. Can't even think when I last had one, but even though the idea of a bacon and egg muffin appealed, Italian ones seemingly don't do such things.  So. caffè macchiato and a croissant elsewhere it was.
Posted by Tandleman at 07:13

"I know nothing about its culture as such, other than looking at the odd painting in galleries"

I'm staggered, Pedro. You bliddy philistine! How can people live their lives like that?

Don't be daft Jeff. I simply mean that despite having seem many Botticellis, Cannelettos, Da Vincis and much more and having watched countless things on TV, the last time I was in real Italy was Venice and a little town nearby for a couple of weeks over thirty years ago and I can't remember much about it. What I meant and will alter it to say so, is that I don't really know how the place works at an ordinary day to day level.

I rather fancy too that I have seen as much culture as you old bean. I am certainly no Philistine.

Breakfast in Italy. That's a challenge for those used to Teutonic or Anglosaxon day to day habits.

Do Italians buy rounds? I don't think I've observed this, but then I've not been to many beery places down there.

Thanks dear for sharing details about this Sports Bar! Actually I am also looking for best sports bar nyc. Actually I want to host a party over there for my friends. I wonder if you know about a good sports bar!