Nott At All Bad


One last post about Nottingham and the CAMRA Members Weekend, this time about that often overlooked subject beer and pubs.

Nottingham is a bit of a throwback.  Only its greatest fans would call it beautiful, as it seems an odd mixture of old and tatty and new and nondescript.  But it is a throwback in another way. It has a pub on nearly every corner it seems, even in the centre. That moves it up a notch in my esteem.  Our Nottingham CAMRA colleagues had produced a very comprehensive guide to the pubs and while as always some were better than others, they were a pretty good lot really.

Hot off the train we started at two of the best.  Fellows, Morton and Clayton, near the railway station, is the kind of pub you really like to start off in when you are in an unfamiliar city. Several distinct drinking areas, a lovely atrium cascading light into the rear and a good feel to it. A rather mainstream choice of beers - think Doom Bar, London Pride,Landlord and Black Sheep is augmented by a local beer or two. We enjoyed sparkled pints of Nottingham Extra Pale Ale and banter from the very chatty barmaid.  Almost next door is the Canal House, which features, somewhat uniquely I'll hazard, a full size canal boat within, which you can gaze down on as you sup your pint. Converted from a large warehouse, it was strikingly good and as owned by Castle Rock Brewery, we had excellent beer and as always in this group, excellent service from the cheery staff.  A great start.  Beer was properly sparkled as God intended, more of which later. Around our hotel clustered another fine bunch of pubs. We liked all of them to varying degrees with a special mention going to the Crafty Crow - modern and studenty, but not grungey - the Roebuck which showed off how Wetherspoons can make the most of a building and perhaps most stunning of all, the Malt Cross, a former Victorian Music Hall with a high arched roof, a gallery and lots of wrought iron. On a Saturday night it was busy with youngsters on their way to a club (judging by the skimpiness of their attire).  It had a great atmosphere and friendly staff,  but the beer could have been better looked after. Too warm and not well enough conditioned, it was served without a sparkler, but crashed into the glass to create a head. Minus points for that. 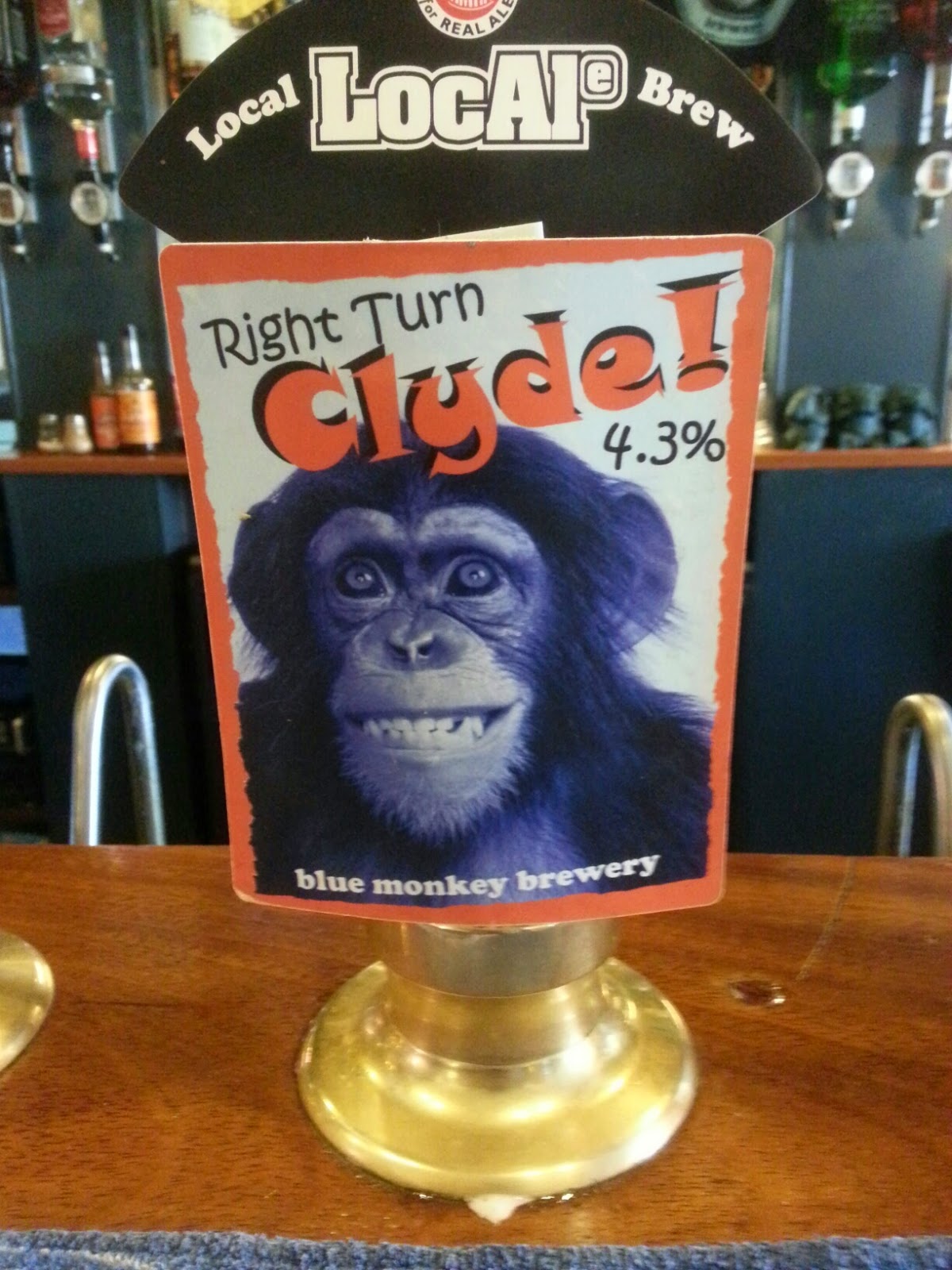 Near the Conference Hall was another fine clutch of pubs.  The Hand and Heart impressed with a great range of well kept local beers (we avoided those on a stillage) and excellent service, the Ropewalk didn't impress though,  showing the tatty side of student drinking.  The wonderfully named Sir John Borlaise Warren had excellent beer, lovely cheese rolls and the kind of barmaid that truly enhanced the drinking experience by great charm and a wonderful knowledge of the names given to bread rolls in different parts of the country (cobs in Nottingham don't you know).  The Falcon and Blue Monkey  both also gave great pleasure, but the Blue Monkey had that bad habit of removing the sparkler to (allegedly) speed up service. This was one of the few pubs that didn't really give that warm a welcome, but the Blue Monkey Brewery Beer was very good indeed. We finished off on Sunday by repeating our visit to Fellows, Morton and Clayton and that was Nottingham done.  The pubs had put on a great show.

Looking back, the pubs invariably had good beer, were plentiful, varied in type and close together. But really it was the great service and charming bar-staff that really shone.  It was noticeably good nearly everywhere and it does make a difference.

I wasn't asked by barstaff "You alright there?" once. That helped too.  I wonder where Nottingham sits in my sparkler map. Just in I reckon.

We also had quite impressive stops in the Sheffield Tap and the Piccadilly Tap on the way home.

Friendliest city in the UK, Notts.

You missed out on a trip to the Victoria at Beeston. That would probably have taken you so far out of your way that you'd hardly have got anywhere else, but a lot of people would say it was worth it...

Incidentally, we were out in Warwick and Leamington and the surrounding countryside this weekend, and every pint we had was sparkled. So you probably want to move your dividing line south a shade.

A good call Dave but I have been there many times including just last years when I had as private tour of the rooms upstairs.

Fair enough, I'll let you off then!