By way of either a little light relief or as education, the guest speaker spot at the CAMRA's Annual Conference is eagerly awaited by most of us that attend this august gathering. This year I was particularly thrilled when I found it to be Charles Bamforth, Anheuser-Busch Endowed Professor of Malting and Brewing Sciences at UC Davis University of California.  He is also  British and has much experience of brewing here, mostly as a Senior Quality Assurance Manager at Bass Brewing. 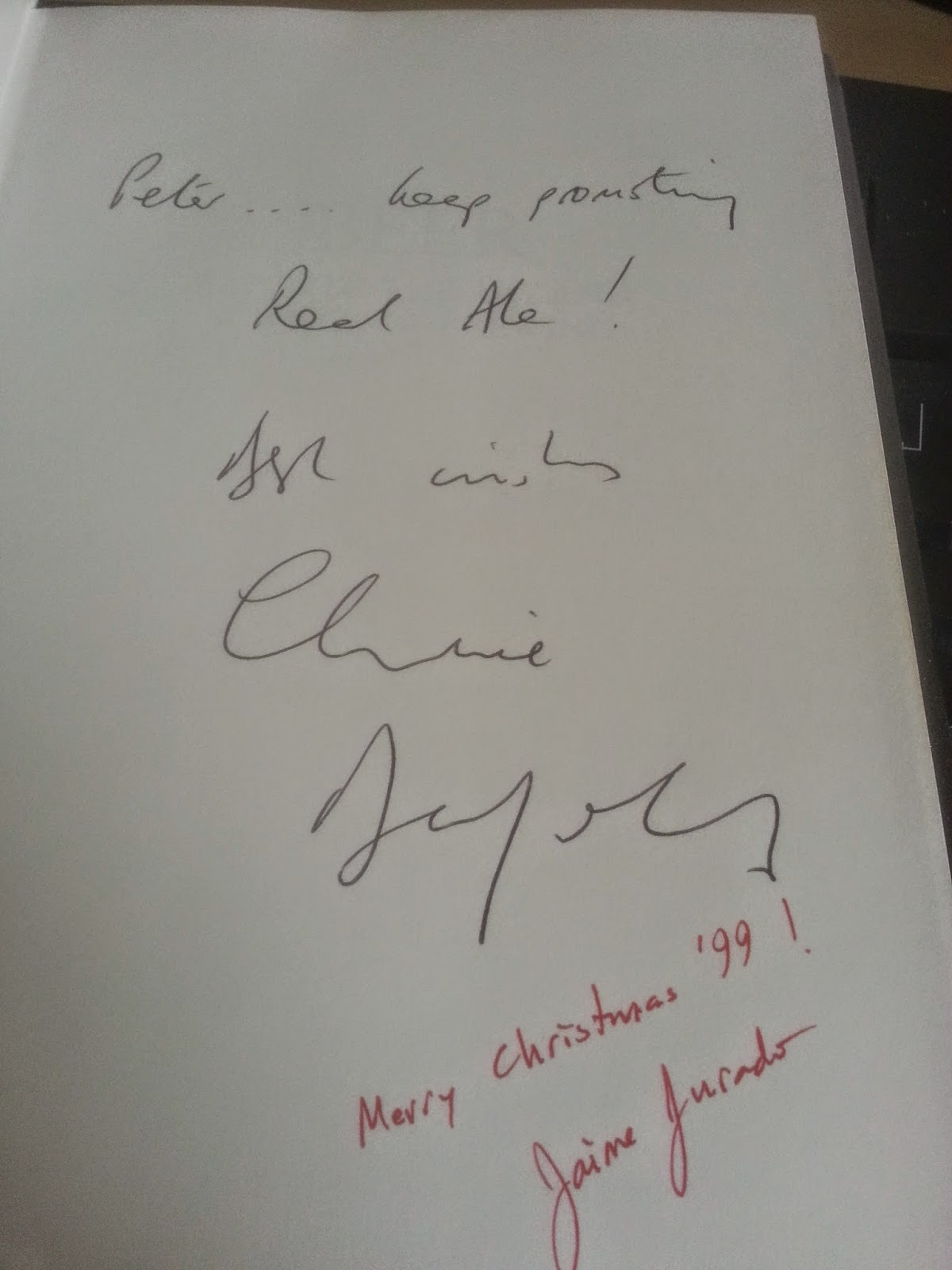 Now I have known of Charlie for many years and was in fact given a book of his by a good American friend of mine as long ago as 1999.  That book, Tap Into The Art and Science of Brewing is my technical bible. I know from industry sources and my friend (Jaime Jurado, Director of Brewing Operations at Abita Brewing Co and formerly a brewer at Truman's in Brick Lane, London) that Charlie is one of the leading experts in CO2 in beer and in what bubbles do and don't do. He knows his stuff.  I rarely if ever get too involved in any technical debates in my blog or elsewhere, as you tend to be a hostage to fortune in such things and I sometimes at least don't feel secure enough to go into technical matter too deeply, but if I do, I check out the "bible" before doing so.  You can imagine then I was delighted to have the chance to hear Charlie speak.

He obviously has a practised act, honed to a very sharp point by use and his very funny and amusing speech was delivered with timing that a professional comedian would have been proud of.  He took the mickey out of wine and its pretentiousness,  had a very positive view of cask beer which he declared to be without equal when done well and generally anecdoted his way through a very entertaining half hour. He also (to my surprise in some ways) expressed a dislike for nitrogenated beer. It was an interesting speech as well as a very entertaining one. There was time for questions at the end before he whizzed off and I was lucky enough to catch the Chairman's eye and be allowed to ask one.  My chosen subject was about deliberate turbidity in beer. London Murky in other words.  Essentially his answer was that while a little haziness might be forgiven, there is no excuse for beers that look like "chicken soup."

Good enough for me. If Charlie is agin it, I'm on his side. If you dispute this, write to Charlie, not me. He'll put a(kindly) flea in your ear I'm sure.

Jaime is a bit of a whizz at the old dispense too. I remember being invited to Porterhouse in London by him when he had sorted out some fobbing issues for them.

Regretfully Charlie was gone immediately after his speech, so I didn't get a chance to talk to him.  Great shame that.
Posted by Tandleman at 09:35

Don't know if you're down south at the moment but Charlie Bamforth is giving a talk at IBD HQ on Thursday:

He was great wasn't he? We're hoping to have the footage of his speech (plus some snippets from it) on the CAMRA site as soon as possible.

Yeah. It's definitely better to have a beer that's artificially clarified by using by-products of the commercial fishing industry than one that's natural and pure and looks like beer always looked until a couple of decades ago.

Simon: You may think so, but then you'd most likely be wrong.

"...looks like beer always looked until a couple of decades ago" What? That takes us back to 1995 - hmm don't recall much unfined hazy beer back then. Perhaps Simon means a "couple of centuries" which I think is more like it (but am happy to stand corrected on that one). And of course, as they say, other finings are available

My drinking career goes back nearly four and half decades. I don't recall cloudy, or even hazy, beer in the early 1970s. Perhaps it's not a good idea to rewrite history to suit your arguments while there are people around who were there at the time.

you' re too kind, old friend!