What Would You Choose? 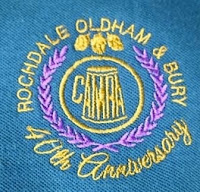 As part of the year long celebration of CAMRA's Rochdale, Oldham and Bury Branch (ROB)  40th anniversary, and to add to the veritable cornucopia of fun so far, we have another three functions which hopefully will provide a bit of interest and attract members.  In conjunction with JD Wetherspoon's Area Managers and the managers of the three pubs concerned, we have agreed that ROB will choose six of the beers to be sold  in a JDW in each of the three boroughs, on three given nights.  We can choose from the entire JDW list which has over 450 breweries on it. They will even endeavour to find beers, if chosen, from outside that list.  It has to be said that JDW have been amazingly supportive of us in this endeavour.

How are we going about it? Well, at last night's Branch Meeting, we had a draw to select six winners for the Rochdale event.  The idea is that each will select three beers in a first second and third choice, the theory being at least one choice can be sourced for each person. I didn't win a chance to choose, but I do have another two goes at it. The choices were revealed and as you'd expect, at least half of them, I'd never heard of.  Given that there are so many breweries and beers that's hardly surprising to me at least, but you'd be amazed how aghast many people are when talking to me about beer, that I've never heard of a particular beer or brewery they admired while in Budley Salterton or wherever.  But I digress.

If you'd won the chance to select beers, what would have been your one, two, three?

The beers must be currently commercially brewed and be cask conditioned of course.  I doubt if my first choice, Batham's Bitter could have been sourced, but you never know.
Posted by Tandleman at 12:11

Obviosuly I am biased towards Scottish breweries....

If the Black Country lads aren't playing, I'd go for

...the last-named not because I've had it, but because it's probably the closest thing you can get to Buckley's Bitter as was. That, or Conwy Rampart, or failing either of those Felinfoel Chwerw Gorau**.

All are brewed in Shropshire, and in my opinion are the tastiest beers from the county. All relatively low alcohol and exceptionally tasty.