Is Something Going On Here?


Three things struck me last week, two of which were writings about beer and the other, more superficially, but much more satisfying - well part of it anyway - was an evening supping the stuff in two contrasting locations.

First of all was Paul Jones of Cloudwater revealing what the brewery will be doing in Autumn and Winter this year.  All very insightful stuff where Paul, in his usual way of seeking to explain (and maybe justify) why his brewery does what it does, tells us a few very notable things he has observed about the craft scene he is undoubtedly immersed in. His are deep observations, which have attracted as far as I know, little real attention or comment, but which made me think a bit more about them.  First of all and I remember this, was that Cloudwater when it was founded, set out deliberately not to have a core beer range. The reasoning if I recall was that would enable them to follow the seasons and produce what seemed suitable at the time.  Seems reading what Paul says, is that while it may have happened at first, it "morphed" to quote the man himself, into a succession of beer styles, the most notable of which was a DIPA series. 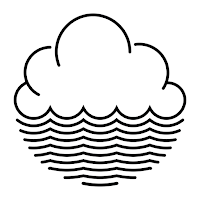 The drawback Paul has realised and I paraphrase now, is that every other bugger and his dog have jumped on this bandwagon and crowded the market.  To add to this problem, innovative replacements have limited appeal too as the market follows along. To quote Paul, first of all speaking about DIPA, the about the sheer numbers of breweries and products seeking shelf space "Not every cover song hits the high notes of the originals. The same sense of saturation can be felt in the vast number of one-off beers, whether imported for a ‘one time only’ event, or brewed to appeal to the UK’s most fervent and exploratory beer geeks. This is actually quite damning stuff.  Paul then goes on to postulate " I fear the UK brewing industry may be on course to burn out and fatigue drinkers." warning that "For every beer geek there are 10-15 non-modern beer drinkers". Building up to the reveal, Paul affirms on a wider observation that - and I assume he means beer in its widest British sense - that "Our tradition, and its longevity thus far, is built on supremely drinkable everyday beers, and each brewery setting out its own stall."

These are interesting and profound thoughts as far as they go and they actually go quite far. I think what he is saying and I'm surmising rather than quoting here, is that craft beer is getting a bit samey on one hand and a bit too desperate to produce oddities (geek forward) on the other.  So Cloudwater will actually produce what is effectively a core range of well made beers, building on successful beers of the past and will not discard the successful and well-liked, just to attract the one-off brigade.  There is a lot more explanation, so have a read of what Paul says yourself.  Now Cloudwater aren't abandoning one-offs or experimentation, or barrel ageing, or indeed anything, but are taking a somewhat wider and perhaps less geeky view of the future, given that the real enemy "big beer" is starting to breathe hotly down their neck.

Oh and the announcement that everyone jumped on, ignoring the rather deeper and more analytical stuff?  They are bringing back cask beer to selected outlets which will look after it properly.  Yes, real cask beer.  Good news, as they used to be quite good at it, but perhaps a little unexpected.

Moving on, the good old Morning Advertiser had an article which was also quite profound, related to the above topic but approaching it from a different angle.  In this case, Sophie Atherton, Freelance Journalist & Accredited Beer Sommelier - so she should know a bit about tasting beer - observes that in busy craft beer bars, nobody is really drinking the stuff. She reckons she knows why; "the beer is too awful to drink". She blames excessive hopping rates which she reckon have the taste equivalent of carpet burn in the mouth. Her description of beer looking like "beaten eggs" may well ring a bell too.Her solution is also to consider and return to more nuanced (my words) cask beer. Interesting stuff and worth a read too. On Saturday afternoon I attended a birthday "do" in a keg only brewery tap in Manchester. Drinking pints of supping keg beer (under 5% stuff) rather than stronger sipping beer, was a tad disappointing. The beer was quite thin and the carbonation was high, not being helped at all by the polycarbonate drinking vessels.  In short, to my mind, paying around £4.50 a pint to drink keg beer in a brewery shed isn't to me that much fun, but maybe not so to others. The experience was recalled when I read Boak and Bailey's piece about the decline of bottled Guinness drinking and the rise of CAMRA. The article has this quote: "Although it became linked by CAMRA mainly with flavour and body, the main original source of displeasure (about keg beer) was probably in the level of carbonation. Bitter has traditionally been flattish, thinnish liquid which can be drunk in prodigious quantity. People simply found that drinking a lot of keg beer blew them out and gave them stomach ache."

While I have enjoyed many small measures of strong dark keg beers, to my mind, while the quality of ingredients may well have changed, excess carbonation will usually preclude drinking keg bitters - now of course conveniently re-imagined as Session IPAs - in any great quantity. Back to Saturday night, when chucked out of the brewery, a few of us repaired to the Angel, a freehouse which seems to have lost a bit of its cachet to some minds.  Top quality cask ale, a pleasant pubby atmosphere and beer at around £3.40 a pint made me wonder why.

Seems like a few more people than the Cask Report would have you believe, are thinking the same.

It will be intertesting to see which outlets will be deemed good enough for Cloudwater cask.  I do drink a bit of supping keg. Lager. Somehow that seems fine.

Don't you observe that in craft beer bars, once inside you could be in any place in the world given the samey beer, stainless steel beer walls and similar decor and customers?
Posted by Tandleman at 13:21

An interesting thought that many people say keg ales make you feel bloated, but few say the same of lager which, let's face it, is the preferred drink of the 10 pints a night man nowadays.

"In craft beer bars, once inside you could be in any place in the world given the samey beer, stainless steel beer walls and similar decor and customers?"

Definitely, and confirmed during my recent visit to the US, where craft "geekery" has gone into over-drive. If ever there was a case of the "Emperor's New Clothes", then the beer scene across the Atlantic must surely stand out as a prime example.

I'm certain that many of the people I met thought I was mad for seeking out beers that were less challenging and easier to drink, rather than the extremes being pushed by many breweries. Hell, I wanted a beer that was refreshing and enjoyable, rather than something sour which made my mouth pucker, or a beer so hazy it looked like a milk-shake.

It's encouraging to see writers like Sophie Atherton injecting a touch of reality and bringing the whole thing back to earth. It's good too to see a brewery like Cloudwater reinstating cask, albeit on a limited scale to begin with.

Every craze eventually dies out, and perhaps we are seeing the demise of "extreme" beer, along with its supporters. Beer, after all, is a social drink; one to be supped and enjoyed, not sniffed at, sipped and analysed half to death by people more interested in image and their own self-importance.

At least cask is now saved.

In response to your Malaga queries, Lo Gueno bar/rest old town south of the cathedral. Good but not cheap,OK for fino and tapas, esp the morcilla.

Difficult to see how Cloudwater are going to police the outlets unless they will all be within a fairly narrow radius of the brewery. Will they rely on selected wholesalers to do it for them?

I'll look out for it in spoons.

BoozyP. Not a pop at the brewery. It was a scene that could have been repeated elsewhere I'm sure.

We need a return to the days of mild - heavenly, gorgeous mild - and bitter, and golden ales. A place with reasonably priced pints, smoking rooms, tolerance and a relaxed attitude. Something as well for the ladies, perhaps. Proper lager at 5% rather than the 4% rubbish we've been getting.