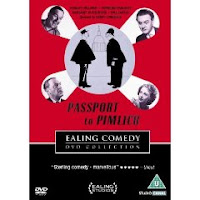 According to "Walk It", it's 4.7 miles from our flat in the East End to Cask in Pimlico. The weather was fine, so with the promise of a new pub (to us) with decent beer, we set off in good heart, wending our way past St Paul's with it's shroud of tourists and on through the still interesting Fleet St and in to the heart of London, looking up as we always do, as that's where you see the most interesting stuff. We even paused briefly to look at Dr Johnson's house which is hidden like so much of London up an unassuming passageway. We then discovered where the RV1 bus departs to Tower Gateway, so it was a useful walk too.

We paused for a pee stop in the Lord Moon of the Mall and sampled Brewster's Ice Queen which while pale and in good nick, just didn't hang together as a beer well enough. Pity as I've heard some good things about Brewster's Brewery. On the last leg now, down the Mall, past the Houses Of Parliament, along Millbank, take a right and a left and suddenly, ten minutes from the bustle, you are in quiet suburbia, with interesting 1930's social housing intermingled with rather grand homes. This is the fascination of London - a surprise round every corner.

Cask is easy to find on a corner of rather interesting housing. Modern and clean inside with big windows, it is an attractive room with a well positioned bar at one end, bristling with interesting stuff. For a start I've never seen Rothaus beers on draught in the UK or, for that matter, outside GBBF or NWAF, Keesman Herren Pils, so you get the impression right away that these guys are on a mission. There are some interesting Belgies too and a fridge full of decent and unusual bottles. Add eight handpumps and you know things are going to be pretty good. We started on Dark Star Hophead which to be honest wasn't on top form. Six Hop next and that wasn't that great either. At 6.2% it was alcohol, not hops that dominated and it wasn't in top condition. Was this going to be a disaster? No. Thornbridge Kipling was superb. Delicately balanced between juicy malt and zinging hops, it was a melange of tropical and citrus fruit and simply delicious. I didn't try anything else. I'm of the ilk that when I find something I like, I stick to it, so I did, but it seems I just missed Young Dredge - pity that - and no doubt he'll have denuded his wallet on some of the foreign stuff and will give his views.

So is Cask good? It is, though it's a difficult room in which to generate atmosphere, even when fairly busy as it was when we left. Other quibbles include no obvious price list for the clearly expensive beers (all cask seemed to be £3.10 a pint) and the sole staff member was pretty uncommunicative, which is a pity, as you really need to generate enthusiasm from behind the bar in this kind of a place. Having said that the balance is overwhelmingly positive.

Will I go back? Definitely.

I won't mention the awful bus journey home though!

It's a shame we missed each other in there, would've been good to share a beer. Next time!

I liked Cask. We spent about 4 hours in there and I spent a small fortune... it's not cheap. It has a strange mix of gastro pub and beer bar which I think works well and I'll definitely go back whenever I can, mainly because of the promise of three Thornbridge casks.

The beers were a mixed bag yesterday though (there were 8 casks on, by the way, not 6). The good thing to see was four casks were finished and then replaced just in the time we were there, so there's a good rotation. The Dark Stars weren't on good form. Six Hop (which finished just after I ordered) was lifeless, tangy and old and lacking all the flavour of the beer I had last week, shame. Kipling was very good. I enjoyed the Rothaus Hefe too (and what a great font of beer!). The bottles were interesting, mainly because I didn't recognise half of them - a beer list would've been useful there. The food was good too, even if the chips were those thin french fries and not fat hand-cut ones, but we can't have EVERYTHING we want, can we?!

It's a nice addition to the London beer scene.

Eight? Yes, I just looked at the photo I took of them and you are right. I'll correct that.

Rothaus brew good beer. I've drunk them in the Black Forest and they are well rated. Owned by the Baden Wurtemburg State.

Zeitgeist (about 30 mins brisk walking over Vauxhall Bridge and along Albert Embankment from Cask) has been selling Rothaus in bottles for a couple of years. First time I'd ever seen them in the UK...

Sid. Indeed. We did consider going back there too, but the Kipling was too good.

Great to hear the Kipling was on good form!

Really enjoying your extended London pub crawl, Tandy. How long you down here for?

I try to be forgiving, but the lack of decent chips is my only real problem with Cask.

Pete - Back home tomorrow, but things are picking up here at long last. Standard of cellarmanship still (generally) bloody awful though.

1) Some pubs have low turnover and have too many beers on.
2) Some pubs just can't keep beer well no matter how many they sell.

But, mainly, I think that in many pubs beer that someone up North would send back is left on as cask drinkers in London aren't as arsey as those up North who generally demand perfection. I don't know why, but people in London don't seem to complain about their beer as much as, say, those in Sheffield or Manchester do! if a pub sent out flat, warm hazy beer up there they'd have a riot on their hands.

But it's definitely looking up down there at long last.

Tyson, yes, bad chips is unforgivable. And french fries like that must come from a packet - no one can hand-cut them like that! The other food complaint was the addition of one ingredient to each dish which didn't quite go... lime in sticky toffee pudding, ginger with duck and mash.

Some places are very good for cellarmanship. I want to check out the Old Fountain but the fact they have a cellarman is a good sign. Next time you are down jump on a short train from Victoria to The Bull near Farningham Road, the beer there is faultless. Jeff does a great job in the Gunmakers.

The Old Fountain is very good.I don't know the Bull, but be careful with faultless. I have exceedingly high standards.

Re: The Old Fountain having a cellarman. With the best will in the world I simply cannot understand why any pub would require a full-time cellarman. When pubs say they have a dedicated cellarman, what they in fact mean is that a member of staff other than the landlord/landlady looks after the ales as a matter of course. It doesn't mean the beer's going to be better because some chap sits in the cellar 24/7 making sure every beer is perfect.

"Watching Americans eat is both fascinating and repulsive at the same time. fork as a spear and shovel. Knife they ain't sure about."

Great twitter!
My wife and I both find it fascinating and comical to watch the British eat - seems to be a lot of faffing about rather than eating! Better to be comical than repulsive I guess. :-)

Feel free to delete this - just too lazy to join twitter to respond.

"It doesn't mean the beer's going to be better because some chap sits in the cellar 24/7 making sure every beer is perfect."

Not ALL Yanks have no idea how to shovel food into themselves properly. Some of us can even manage chop sticks!

What we've noticed about living in Krautley is how old children grow to be here before their mothers stop cutting up their meat for them. What's up with that?

I'll be keeping an eye on things in Chicago.

Sorry what I meant was that the beer WON'T be better because in reality this "cellarman" figure is just carrying out a job landlord's usually don't delegate. Whether the beer's better or not therefore simply depends on whether he knows what he's doing.

all beers are £3.40 a pint and usually worth every penny.agree about the 6 hop its a bit harsh.