Amy Winehouse and Me


You don't hear me mention music much. I ain't really a musical kind of guy. My music is mostly confined to the radio, or what I hear in passing, but really, these days, that's as far as it goes. When I was younger things were different, but even today, like most people, some music reminds me of particular occasions, or times in my life, but most of that would be best left for another time. Except this, as there is a beer connection. And it is topical. 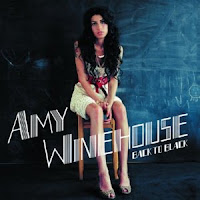 When we returned from our trip to West Lancs, (see Tyson's blog for details), we heard of Amy Winehouse's untimely death. An accident waiting to happen perhaps, but it caused us, independently to think back to a sunny November day in New York a few years ago. Having wandered round Little Italy and surrounding areas, a beer was required. We came across a little corner street bar, which at around 4pm, was pretty empty. We sat at the bar and ordered whatever IPA was on the go. As we sat and chatted about our day, we became aware of what was playing in the background. We stopped talking and listened. We both said "Bloody Hell that's good" - or words to that effect. E asked the barmaid who the singer was and was told "Amy Winehouse". Neither of us had heard of her. Our bad. Next day a visit to the Virgin Megastore in Times Square was arranged and the CD "Back to Black" purchased.

The tragedy of drink and drugs in her case is well documented, but when I think of Amy Whitehouse, I am taken back to a happy hour in a New York dive bar where the background intruded, for once in a good way. It's probably not a bad way to remember her.

I think the CD must be in London. Can't find it here!
Posted by Tandleman at 10:16

Similarly, Amy Winehouse, for me, will forever be associated with the taxi ride to Havana from the airport on the night we arrived, with a driver who was jolly even by Cuban standards singing along to Rehab blasting out of his car radio.

Putting personal thoughts on him aside (I'm a fan but I know many aren't) Russell Brand's blog post on Amy's death is very well written and heartfelt. Well worth a read. Particularly as it gives the veiwpoint of an ex-addict.

I don't have any specific memory but I do remember really appreciating her style. She broke through with something new and different when a break was needed from all the normal acts that were popping up at the time.

Just read Russell Brand's blog. I really have never liked him much- but I also don't know much about him. This was a beautifully written blog about her and I think he makes some really good points. Thanks for sharing.