I was going to write an article about how little I'd enjoyed the beers brewed by overseas brewers for the current Wetherspoon's Beer Festival.  The Regal Moon in Rochdale had nine on the first day of the festival and some I thought were quite poor and others tasted of acetone or other brewing faults and some were just pretty bland. Or odd.  It was a bit of a depressing list, so I just didn't bother.

At the moment there is no cooking facilities in our house as renovations near the end and a new kitchen is being fitted.  After my usual Sunday session at the Tavern, we decided to nip into our local JDW, the Harbord Harbord,  in Middleton for something to eat.  Before you condemn me, trust me, there isn't a lot of other choice in Midd at half past six on a Sunday, unless you want a curry. And while there are few times I'm not up for a ruby, E didn't fancy it so JDW it was. 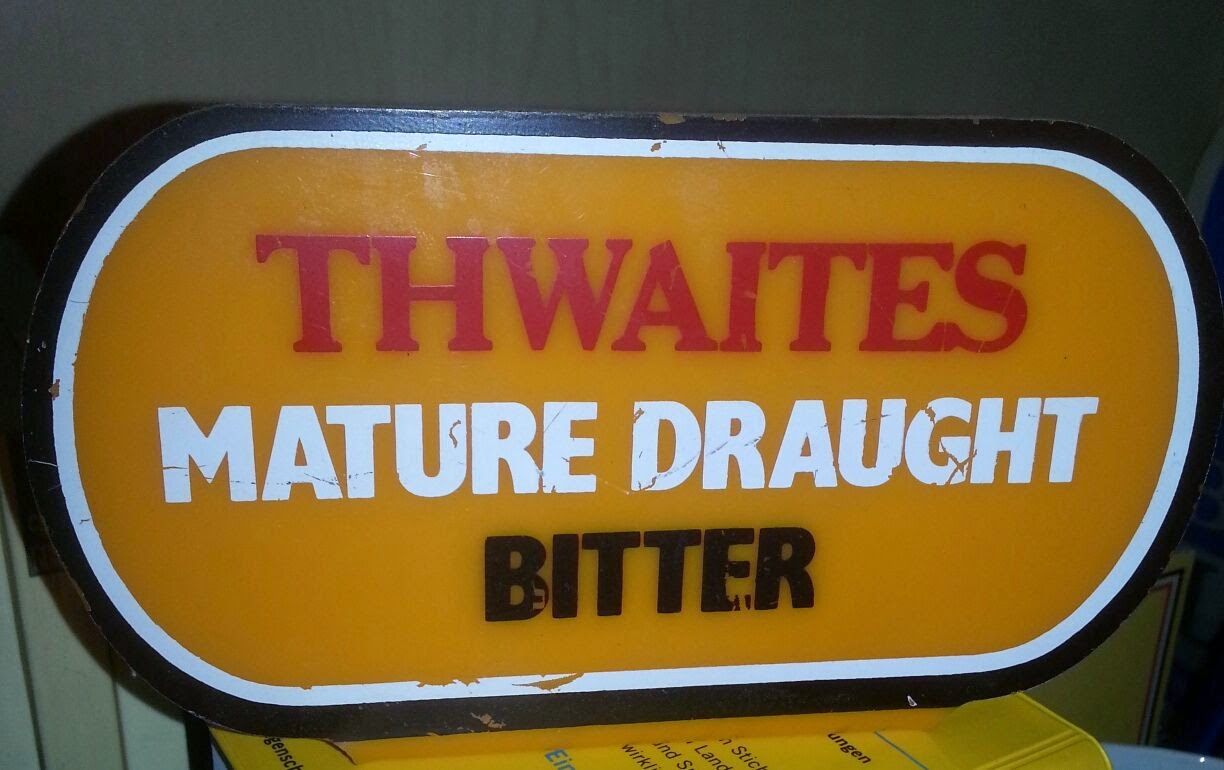 Where's this all leading?  Well I had two different foreign brewer's beers that I had had on that first night in the Regal Moon and I thought both really rather good.  It occurred to me that they were older.  Both seemed rounder, fuller and more polished.  More mature and less harsh in fact. It is often overlooked these days that beer in cask needs a little time to be at its best and for the flavours to fully develop.  Often, due to lack of experience in cellarmanship, the difficulty of storing beer, both in terms of space and cost, means a lot of cask beer is sold before it has reached its best in the cask. It is often referred to as being "green." There isn't an easy answer to this, but the difference you taste in the same beer in different venues may well be down to this,  resulting in a beer that tastes young, thin and not as good as it could. As most live beer will develop in the cask, only a short time more in the cellar will make a difference in many cases.

So publicans, if you can afford to, leave (unbroached) beer a little longer in the cellar.  It'll pay in flavour and condition and your customers will notice a difference.

The practice of serving beer immediately it drops bright isn't always helpful either.

You will see that Thwaites used to call their real ale "mature."
Posted by Tandleman at 13:27

I read this and the following from the film intermission came to mind.

"Pint of Guinness, please."
"You dirty bastard."
"Fancy a bit of mature, yeah? Look, I know why you're here."

The mature in question wasn't beer, in that case.

I have always thought that the inconsistency of the Wetherspoon beers was down to it being brewed in different batches.Some of the ones I have really liked have been on a second try later in the fest like a different beer.Maybe its the conditioning.Surprised if you have tried the Batemans/ Wicked Weed that you are not impressed. cheers john

John. That's the way they seemed at the time. I'm not even that sure they do more than one batch, but even if they do, it's a bit early for the second one to be on the streets.

Some beers (lots, in fact) benefit from being left in the cellar in a broached condition for a number of days. Landlord is the obvious one. You have to know what you're doing and know whether it's appropriate for the beer though because over-vented beer - very common in London sadly - is bloody awful.

Understanding differences between beers and the fact that adopting different approaches to preparing them for sale can yield better results is the key to excellent cellarmanship.

You can learn it through trial and error if you're a beer drinker yourself but the better approach is to speak to brewers and also to more experienced publicans. That's what I did five years ago. Although if I'm honest there was some trial and error too!

Jeff: You are absolutely right. The key as you point out is understanding how different beers behave, especially if t is your intention to serve them as regular beers, though remembering and writing down the behaviour characteristics of beers and breweries, far from being geeky is essential if you care

I concur exactly with your thoughts about contacting brewers. They'll tell you how it should be and you'll learn a lot from that too.

I've been banging on about the two key things London publicans get wrong. Temperature and condition. They are very much related.

I was referring to previous fests rather than this one. cheers john

I had a night in the Regal Moon on the 31st July this year, every beer I had was lager temperature with no condition, my friend who lives in Rochdale says it is always hit and miss in there.