With many pubs already facing difficult trading conditions, more misery is being heaped on the pub trade with huge rises in the amount of business rates to be paid following a revaluation exercise.  This can amount to as much as an extra 300% a year according to the Morning Advertiser. This could in fact be the last straw for many pubs and will certainly affect the viability of many more. 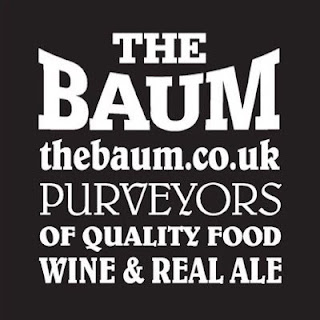 Clearly such huge increases put business viability under severe strain. As remarked in the Morning Advertiser by another licensee, this time in London and facing a similar hike "We won’t have any pubs left".  Part of the problem is that rates are levied on turnover rather than profit and turnover in the licensed trade does not often give a true indication of viability as overheads are huge.  Rochdale On Line gives the exact breakdown of what this means for Simon's two pubs and for those interested in such things, it makes a good if sobering read.

The already hard life that independent operators have has just got harder and of course, in the end, the customer will be asked to pay.

I also urge you to follow the link to the Morning Advertiser.

The Baum is Greater Manchester Pub of the Year.

Someone really needs to look at the way businesses are taxed. Business rates may have made sense 100 years ago when most businesses had large factories, and the size of your premises was an indication of how big the company was. But in the modern age when you have companies turning over millions of pounds, from people working at home with computers, and no physical presence at all it makes very little sense.