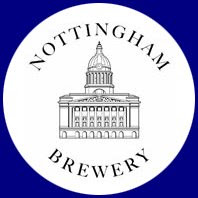 The Good Beer Guide Selection Meeting went well. It had a very good number of attendees, debate was sensible and considered and we came up with an excellent set of pubs to survey.

The Baum, our hosts also excelled. I started off with Nottingham Pale Ale, a pale, hoppy little 3.8% number. I knew this wouldn't last. Despite other excellent beers including a new "Ticker's Beer" from Phoenix, word of its quality spread and all too soon we had drunk them dry of it. Replacements included a superbly hoppy and bitter Marble Pint - served in much better condition than the Marble Arch sometimes manages and a wonderful example of Phoenix West Coast IPA which was resinously hoppy and moreish, despite its 4.6%. The Regal Moon offered us Elland Savannah among a pretty good selection, while a boisterous (United were live on Sky) Flying Horse gave us a slightly off the mark Phoenix Arizona (unusual) and some very acceptable Moorhouses Blonde Witch.

I've said it before, but Rochdale rocks at the moment beer wise. All we needed was some Pictish, though I did have a pint of Pictish Liberty in the Marble Arch on Friday, which was frankly, disappointing, lacking the smack of Liberty hops I'd expected. Still you can't win 'em all can you?

Yes all the beers I drank were pale and hoppy!
Posted by Tandleman at 10:51

I've had some cracking pale hoppy beers of late. A couple of years back, I was getting really fed up of thin, astringent 'summer ales' but (to generalise) they seem to be getting a bit more body and balance these days.

Pint. Daft name - how do you order it? I've had the pleasure of visiting the Knott Bar of Deansgate yesterday and today and the best I could manage was "pint of, er, Pint, please".

Well worth the linguistic confusion, though. Extremely tasty although not quite seasonal.

The Extra Pale Ale was good, as indeed was all the beer in the Baum. It would have made a good finish, never mind a start!