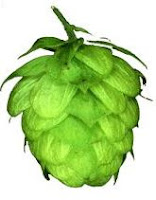 So there you have another consequence of global domination by the dreaded InBev. Another interersting little outcome of the takeover is that AB-InBev are set to sell off their German breweries including Spaten, Gilde and Hassroder, though the Spaten sale is complicated by the fact that InBev own only the brand, - the brewery is leased to InBev in a complicated deal with the previous owners, which may yet bite each of the parties on the bum.

Finally in this little German round up, Heineken have failed to acquire a majority stake in their joint venture with Bayerische Brau Holding. This means Paulaner / Hacker Pschorr stays in German control, so probably two cheers for that.
Posted by Tandleman at 08:45

Talismann, do you know anything about a Bass beer called Country Chase?

No. I have never heard of it and it doesn't sound a Bass sort of name to me.

They use hops? news to me.

I have heard they're down to 8 IBUs now!

Paulaner beers are so lame that they may as well be foreign owned! Same goes for most Munich beers, come to think of it. That Augustiner Edelstoff--why not just switch right to North American Industrial Lager?

Gazza - As I said, not much, but they brew a lot of the shitty stuff.

Nick - I think you are being unkind to Edelstoff

People rave and rave about this beer, and I've never understood why. It's bland. Sure, it's clean. So are Miller and Stella. They're all bland, very pale, and deliver alcohol at the same rate.

Why's Edelstoff so great--just because it's served in a lovely Munich Biergarten?

Yes, I'm glad to hear about the hop crop this year. Will make the arguments for the hike in this coming Bierkeller season that much more creative, I suspect.

Er...hike in the price of beer, that is.

8 IBUs!! No wonder it tastes like piss-water.Come to think of it, after a couple of beers, my piss probably has more IBUs than that.