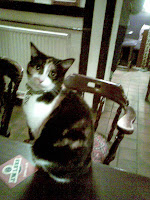 I sampled the Plum Pudding yesterday. It is certainly a Christmas beer, with fruit and spices and a warming hint of alcohol. I also had a chat to the Head Brewer of Lees, Giles Dennis who happened to be in. He was, as usual, drinking his own bitter.

Later as anarchy descended, I had Plum Pudding blended with 50% mild and then 25% mild. The 25% mix was just right it seemed at the time and added a bit of lusciousness to the beer. But by then, frankly, my judgement was impaired!

Labels: Beer
Email ThisBlogThis!Share to TwitterShare to FacebookShare to Pinterest